When you slam the door of the carro publico and you speed away down Independencia and understand every word the driver says. When you hear him call your name from the other side of the street, and see that he waited for you. When, after the argument, you understand that they just wanted to see you; it has been two weeks hasn’t it? When he has to say goodbye, he doesn’t say anything because he’s working on it, and he says, “I’m proud of you.” When you’re laughing with a group of friends and you look at their faces and realize that this is the last night you’ll be together. When you understand the one word the changes the entire significance, and you have to apologize. When you and your friend drop your sister off at 2:30am at the airport and she walks through the final security gate.

An epiphany is (1) : a usually sudden manifestation or perception of the essential nature or meaning of something (2) : an intuitive grasp of reality through something (as an event) usually simple and striking (3) : an illuminating discovery, realization, or disclosure. 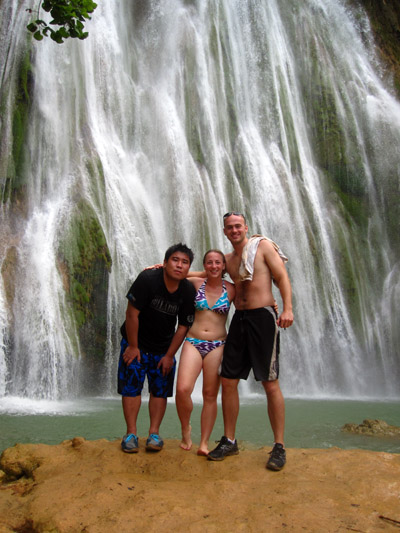 In the past twelve months, I have had moments that can only be described as epiphanies. Where time slows down, and the moment is allowed to linger longer than the others that surround it, and I am enabled to see the situation with a perspective that is greater and clearer than what I had before. Maybe there should be a limit to how we can define an epiphany so that the word does not it lose its special significance, but to me, I have had so many “a-ha” moments, so many experiences that felt like the shifting of the transmission into a new gear, I’m starting to feel like I’m driving a different car. This vehicle, I’ve realized, has plenty of room for a lot of friendships, words, songs, places, and just simply, room for more.

This post is not about a specific epiphany, or a group of travel epiphanies, nor about a more fuller linguistic definition, but rather to understand yet another facet of how we make sense of the things that are important to us in this life. An epiphany can help us understand an important, meaningful experience in our life, that enables us to better explain and better live in the specific place of life that we find ourselves. Maybe this most often happens in an image, a snapshot of a reality where all makes sense, but recently I heard it in a sound.

I had such an epiphany about epiphanies, when I was listening to this song presented in the youtube video presented below and I realized that the note that comes at exactly 2:01 is a note of an epiphany. To me, it is the sonic encapsulation of an epiphany, or easier said, “The sound of a meaningful experience.”

See, to understand the beauty of this note you must understand what comes before it, and what comes after it. And really, when you think about it, a single note is not beautiful in and of itself, it is the sequence of notes, the context in which the note sits, that gives it its color, its fullness and weight, its shade of meaning, its brilliance in its phrasing that we savor in the time that it is exists. So it is with image, with memories, and the lessons we carry with us.

This note is a moment of an epiphany, a metaphor in sound.

Maybe to you, it doesn’t sound like an epiphany, but it does to me. And if you haven’t had such an experience, an image, a memory, or a sound, just keep listening . . .