An associate of mine at HOPE International forwarded me this video from PovertyCure. It is incredibly informative and well-made and I think it will help you better understand the multifaceted problem of poverty and the best ways to respond to a world in need.

“Poverty Cure is an international network of organizations and individuals seeking to ground our common battle against global poverty in a proper understanding of the human person and society, and to encourage solutions that foster opportunity and unleash the entrepreneurial spirit that already fills the developing world.

We know there is no single solution to poverty, and good people will disagree about methods, but we have joined together to rethink poverty, to move beyond top-down plans, and to promote entrepreneurial solutions to poverty informed by sound economics, local knowledge, the lessons of history and, most important, the Judeo-Christian tradition.

Christ calls us to solidarity with the poor, but this means more than assistance. It means seeing the poor not as objects or experiments, but as partners and brothers and sisters, as fellow creatures made in the image of God with the capacity to solve problems and create new wealth for themselves and their families. At a practical level, it means integrating them into our networks of exchange and productivity.

We encourage you to take a look at our website, sign our statement of principles, get involved, and spread the word.”

[This was a post I wrote in Guatemala on November 2nd. I’m finally publishing it because I have the picture.]

I’ve always liked the kind of small talk that leads to a better conversation. As my Spanish skills have been improving, I’ve been trying to joke a little more with my friends and with some of the locals, and I usually start out with that I live in the States, near Washington D.C. People never know where that is, so I say, “You know President Obama?” and they answer that they do, then I add: “We are neighbors.”

They usually laugh, and then I have to clear it up that we are not exactly neighbors, and nobody can be neighbors with the president because the White House really doesn’t exist in a normal neighborhood. Of course, this expanded explanation is much more difficult to convey in Spanish, so I simply leave it that “We aren’t really neighbors, but close enough.”

After my lead in with the “I’m neighbors with the President” I usually struggle with where I should go next, so when someone told me recently that there was a monster that lived at the bottom of Lake Atitlan, I thought this would be a perfect topic to adopt into my small talk repertoire. There are many legends in the small Mayan community near where I’ve been studying Spanish, and my favorite is now the Monster of the Lake. Some people believe that there’s an enormous dinosaur-like reptile that inhabits the lake, much like the Loch Ness Monster that supposedly lives in Loch Ness Scotland.

But people don’t like to talk about it. Not because I’m a gringo, it’s because some people believe that the more you talk about it, the more energy you give to the monster, and the more likely it will be to strike again. Strike again? Has it struck before?

Apparently, it has. It’s gotten the blame for many injuries and casualties that have occurred in the Lake. But then again, it depends on who you talk to. After I asked the 2nd and 3rd person about the Monster of Lake Atitlan, I realized that I possessed three different stories or interpretations from this legend, and my new “go to small talk topic” was borne.

So for the past three weeks, when conversation is lagging or I have no idea what to say, I ask about the Monster. Now, when I ask, I ask like I’ve never asked the question before. It’s not “Tell me what your personal experience has been surrounding the supposed legend of this so-called “Lake Monster.” Instead it’s “Is there a monster in the Lake???”

The current tally is 14 yays, and nine nays. But look at these various interpretations:

So this year for Halloween, when I was considering what costume I was going to do, the answer was obvious.

A friend told me that there was a guy doing face painting near the Panachel Dock. I thought that might be a good asset for my costume. I made my way in and talked to the guy about getting my face painted. Standing there and as the heavy stage makeup was being applied, I knew that if I was really going to do this, I’d have to dive in completely. I immediately thought about all the materials I could don myself with to complete the costume. As he was starting to draw on my face he said, “You know it’s just a legend, right?” I said, “Probably, but people say different things . . . What do you think it looks like?”

He responded, “I dunno, maybe a serpent or a dragon?”

And here we have the result: 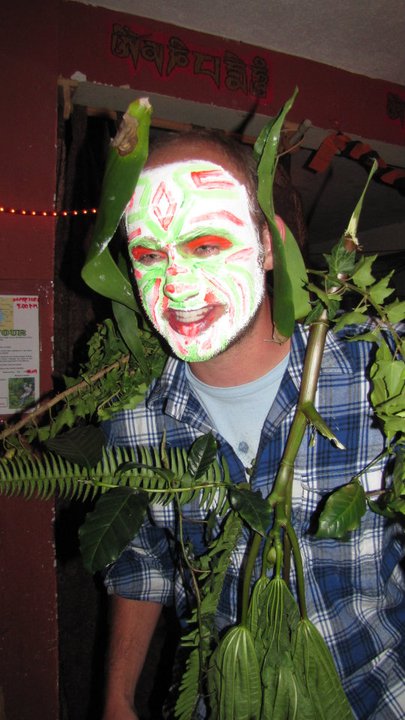 Yes, everyone knew who I was at the party, and they wondered where I got the greenery for the costume. I responded that I got most of it on the walk to the party, from various trees, bushes, and branches and my real aim was to look like I just emerged from the lake. A lot of people wanted to take pictures of me, and I was able to collect a few more stories about the Lake Monster for the road home.

Tercer Cielo is a talented music group from the Dominican Republic and lately I’ve been learning to play and sing one of their songs on my guitar. “My Last Day” has a beautiful melody and message, and has some amazing harmonies throughout. I’ve translated the song into an English interpretation below the video. As you know, direct translation never captures the same meaning, so I’ve taken liberties to make it sound like we would say it in English. The Spanish lyrics appear below that section. Que hermosa.

As if it were my last day,
I’m going to live with a sincere love
And show those close to me how much I love them.

As if it were my last day,
I’m going to fight for my dreams,
Living without fear and treasuring every minute.
I’m not going to wait until tomorrow because all I have is the present.

If there wasn’t much time, I would stay and take a moment
To show you that I love you and that I am fully content that I have you.
And if your joy depended on me, I would give everything I can to you to make this day the best day in our life.

If this was my last chance to look at you again,
I would make this moment the most important in your memory,
Because in the times of difficulty and stress of this life, we miss the details we later wish we could remember.
And then regret that we’ve forgotten these experiences, and mourn that we cannot recreate them.

If there wasn’t much time, I would stay and take a moment
To show you that I love you and that I am fully content that I have you.
And if your joy depended on me, I would give everything I can to you,
And make this day the best day in our life.

I would enjoy all that God has given me
friends, family and love,
and I’ll make this day the best of my life. 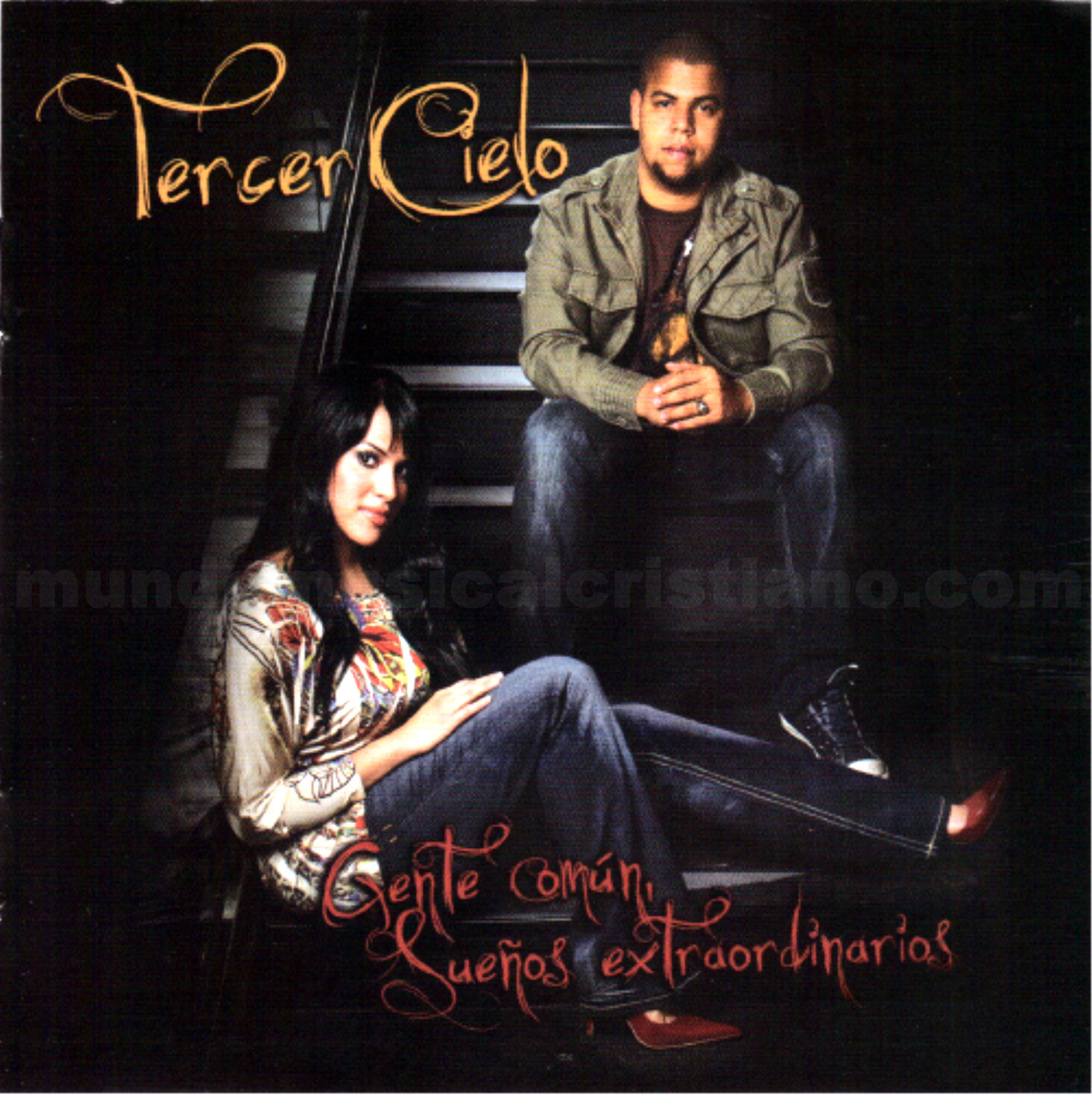