Over the past couple of weeks I had been studying for the DELE  exam (Diplomas de Español como Lengua Extranjera) which is a language proficiency test done by the Instituto Cervantes of Spain. Specifically it’s from the Ministerio de Educación, Cultura y Deporte de España. They tell me it’s not as hard as the TOEFL, but still, this was one of the more challenging exams I had taken. Basically, the C1 level is one step below the C2 level (native language ability) and it’s supposed to ensure that the non-native Spanish speaker can do the following things: 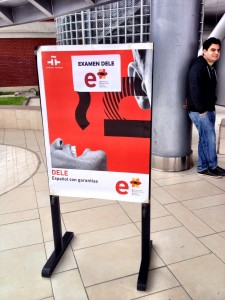 It’s split up into four tests:

I spent a total of eight hours on a Friday at the Universidad de Ricardo Palma here in Lima, Peru. I finally got back to my apt at about 9:15pm. It was a lot of work not only to take the test, but the whole period of preparation to learn the structure, practice the components of the structure, and perform well.

Overall, I think it’s a good exercise. I really do think if someone possesses a high level of Spanish language ability then they should be able to do well on the exam, really with little problem. What struck me throughout the process is just how much a few things really matter:

It’s really a process of sharping a language so that you know exactly what a text/conversation/argument is saying, what it’s not saying, and when someone asks you a specific (non-obvious) question in relation to a complicated subject, you can respond with a nuanced, well-thought out response. That’s not just a Spanish skill, but really an overall skill for approaching any subject with clarity, balance, and precision. Great practice I say, but wow, is it incredibly difficult in a foreign language.

I’m extremely relieved to be done, but what remains are two primary concerns. One, that I won’t pass and I’ll think for some reason that 3.5 years in Latin America hasn’t meant anything and that I’m not good at Spanish. The other is that I will pass, and within the day I’ll find myself completely confounded by a conversation or situation. Either way, they both tell of the same thing – that an exam score doesn’t determine proficiency of the test-taker. It’s really about how well that exam was able to unearth those vital skills of of understanding, critical thinking and accuracy.

You don’t need an exam to help you do that, but it sure does light a fire under you!

When I started learning Spanish in Aug. of 2010, I would often stumble through learning new words. They looked so strange to me, and then even more surreal was how these words somehow lined up with an English equivalent. “How could that word mean this word?” I used to mutter. And then, in a stranger turn of events, I’d soon realize that the definition for one Spanish word wasn’t just one word, in fact there could be two words, maybe three, maybe even four that could suffice. 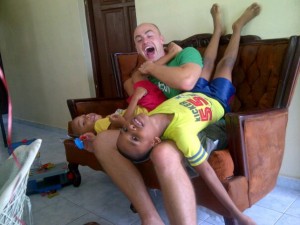 Then I realized that each Spanish word could be a part of a set of words to describe something. Take for example the word “said” as in “He said he’d be back in 10 min.” We realize that there are a multitude of ways that someone can “say” something in English.

Did he simply respond, did he mutter it, or was it just suggested? Maybe he mentioned it, or no, he announced it, but how alluring would it be if he revealed it?

So then the obvious follow-up question is when and how do I use these new-found words. Ah there’s the nuance. Which in Spanish is “matiz.” How do we know when to use what we need to use? I guess that’s the magic of language ability. We just know.

Soon, I got over the confusion of words with multiple meanings, the inherent nuance, and of course the difference between slang and what could easily offend someone, but what I never got over is something so fundamental, so simple. I realized that there were words that I would never truly understand, not because of their definition, that part is easy, nor of their use, because context will help you out, but of how we come to know and understand words as they reflect the life we lived, our joys and our sorrows, and how we choose to approach a new day.

These are words I thought I knew and used, but realized they were words I’ll never understand . . .

I’ve always been a fan of this song:

“See I’m all about them words
Over numbers, unencumbered numbered words
Hundreds of pages, pages, pages forwards
More words than I had ever heard and I feel so alive”

I hear from time to time people explaining to me that they’d love to do what I’d do, but without the “work” part. Like they’d want to quit their job and just travel. Explore all the destinations they’ve dreamed about, and be a part of another life. Others want to finish their career and just sit on a beach. Be forever on vacation living at the beach. 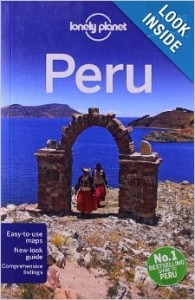 I always reply, “Well, you could do that, but honestly, I don’t think you’d be happy.”

I think an intrinsic part of happiness is knowing that you’re connected to something of great value and that you, this body and mind you control, are directly contributing to this value. Traveling can feel like a spectator sport after awhile.

Ask anyone who’s been on the traveling circuit for more than a few months and you’ll hear things like. “I really just want a warm shower.” “I have hundreds of pictures of cathedrals, I can’t tell them apart.” “I miss the pizza/salads/desserts/pasta from back home.” “Why isn’t there any wifi?” “I miss my friends.” “I miss a regular schedule.”

When you make the transition from a normal life schedule to one of traveling, it’s bliss for a short period, but then a reality sets in that you didn’t expect. One reason you set out to travel was that these exotic destinations were not your regular reality, but you never thought that you’d want to return home for precisely that same reason.

Besides the obvious impediment of finances, travelers realize you can’t travel forever. Many of the travelers I’ve met got burnt out from the traveling because the feelings and excitement just before the initial launch from their home country eventually faded away. That propellant fuel can’t propel you forever; you eventually need to find a more durable source of motivation, something that continues burning after the initial batch of launch fuel does its job.

Meaning is the fuel for life, whether you travel abroad or invest in your local community.

More on that later, but for now, here’s a talk from Steve Jobs I enjoyed: