Guatemalan youth are quite good at soccer and they can kick the ball ridiculously hard at each other. I always feel bad for the goalie when I play. He’s got to withstand an aerial assault of shots from talented players at close distances, and I’ve never seen a goalie wear gloves here in Guatemala. They probably can’t afford it, but maybe it’s a sign of machismo, and being that most Guatemalan males try really hard to be manly, I can see why they’d scoff at the idea of goalie gloves. Still, I feel bad for the poor kid who has to stand in the net while the other kids launch deadly accurate soccer balls at his body. 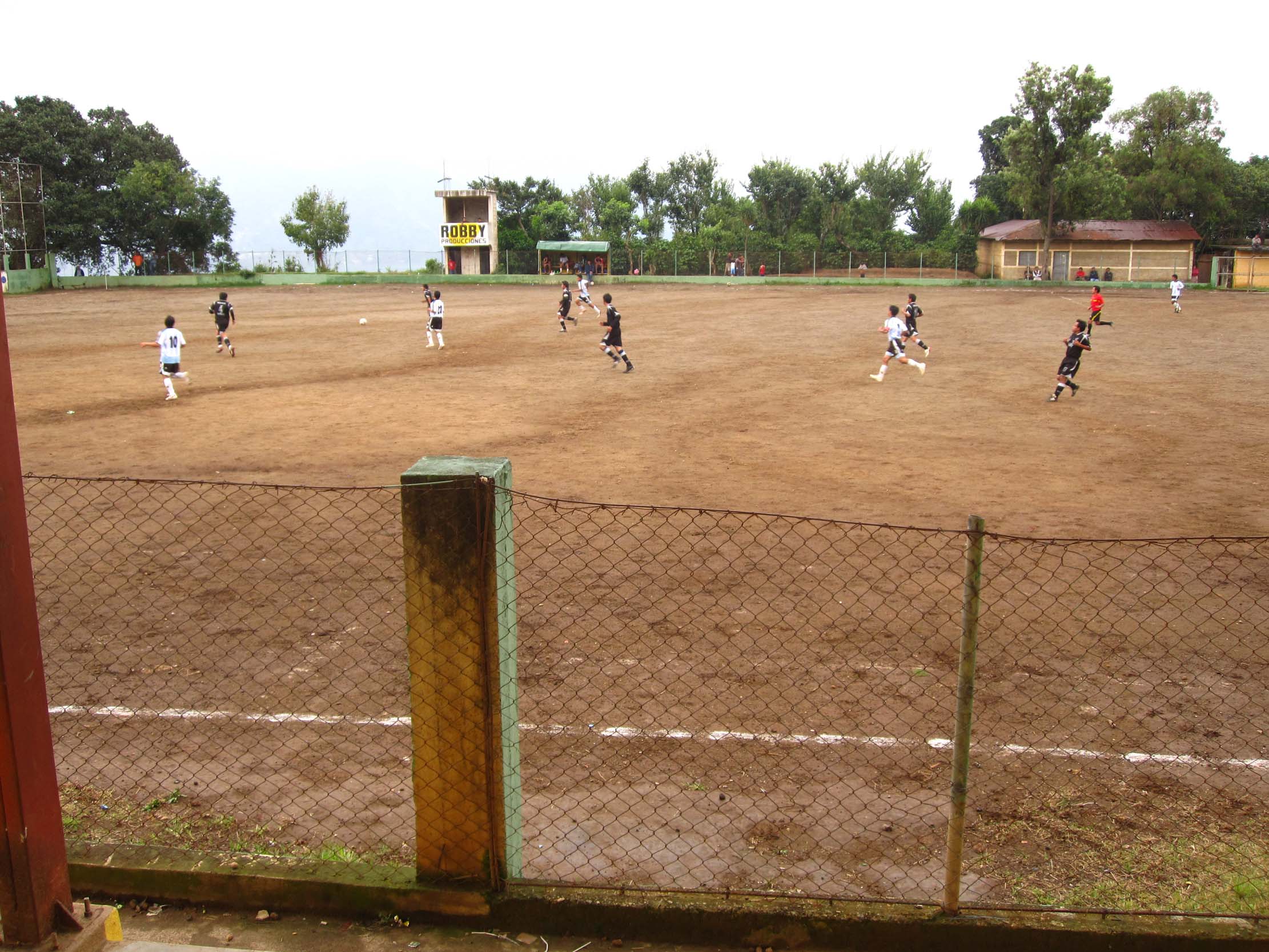 San Pedro has two main soccer fields and I visited both today. One is a smaller field that’s under an open air roof and consists of synthetic turf (not pictured in this post). Concrete benches line the small pitch and there is a small tienda that sells snacks and controls the radio station. The other field, I commonly refer to as “arriba” (which means up), is almost entirely dirt (all the pictures in this post are from the arriba field). It’s a regulation size pitch with 25 foot high fences to block the ball from going into the lake. That’s actually a joke that the spectators told me today. We were about a half of a mile from the lake, but sitting in the stands you can only see the lake and the mountains in the distance, so when a ball flies out of the regulation area, you expect to see and hear a huge splash. 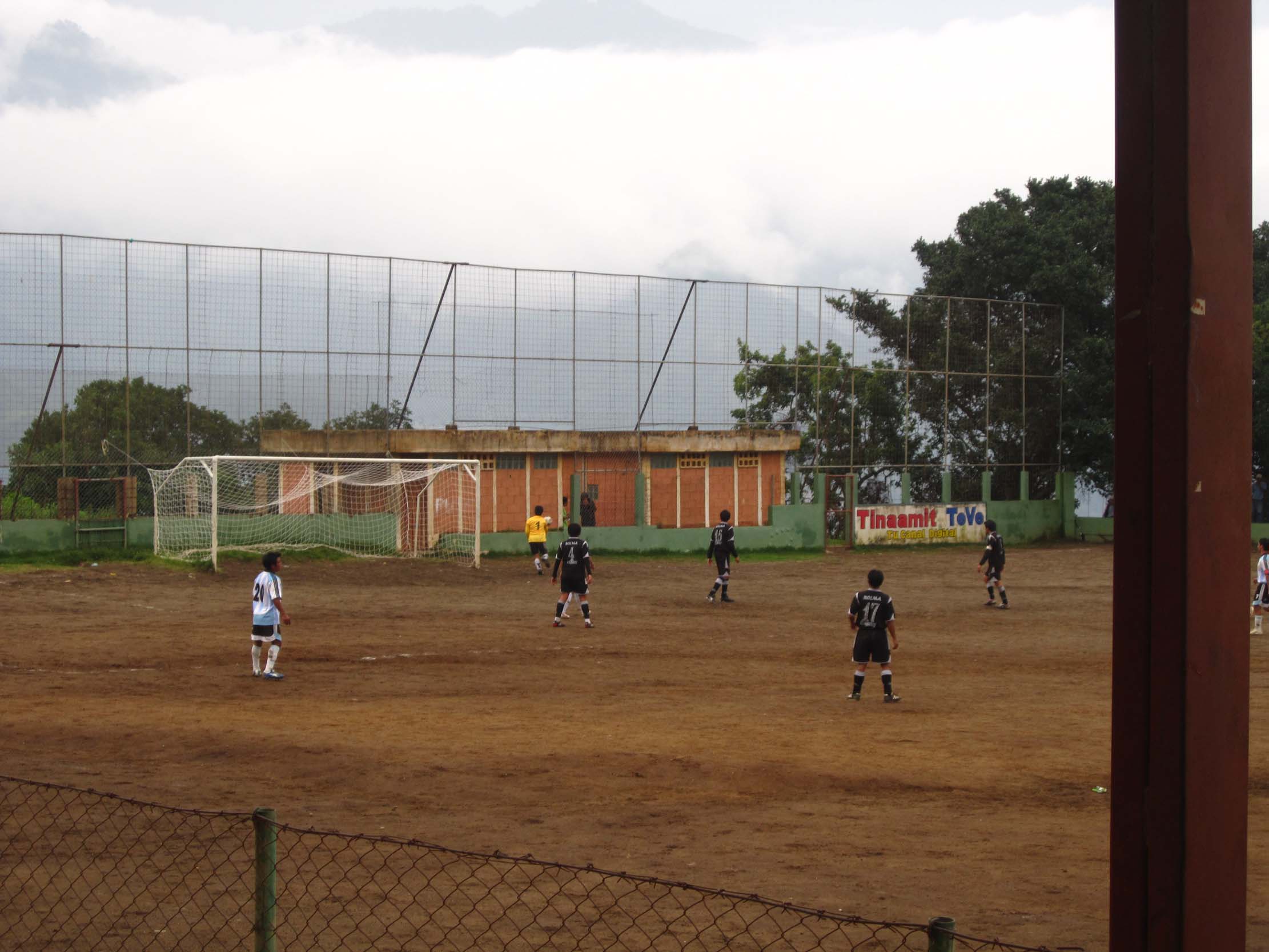 Today, I played at the synthetic pitch and I showed up at 11:05. I thought I was late. A guy told me that Guatemalan time is different than American time. He was right. Twenty minutes later the rest of the youth showed up at field and we were ready to play. I like the style that they play here: five versus five and the first team to score a goal wins the game and the next team comes onto play. This way you can maximize the amount of playing time for everyone and get the most amount of games in during your time slot.

Perceptions about Money and Possessions

Whenever you want to play, you have to rent the field. It’s about 80 quetzales to rent the field for an hour, or about $10, and split between 20 kids, that should be about 4Q per kid, but since I was a gringo, I paid 10Q. In reality, I should have paid 20Q or 40Q or maybe the whole price. I know it’s not a good idea to flaunt that you have money, it’s kind of an insult to the Guatemalans. I know I really don’t have money by American standards, but in Guatemala, I’m a rich man. 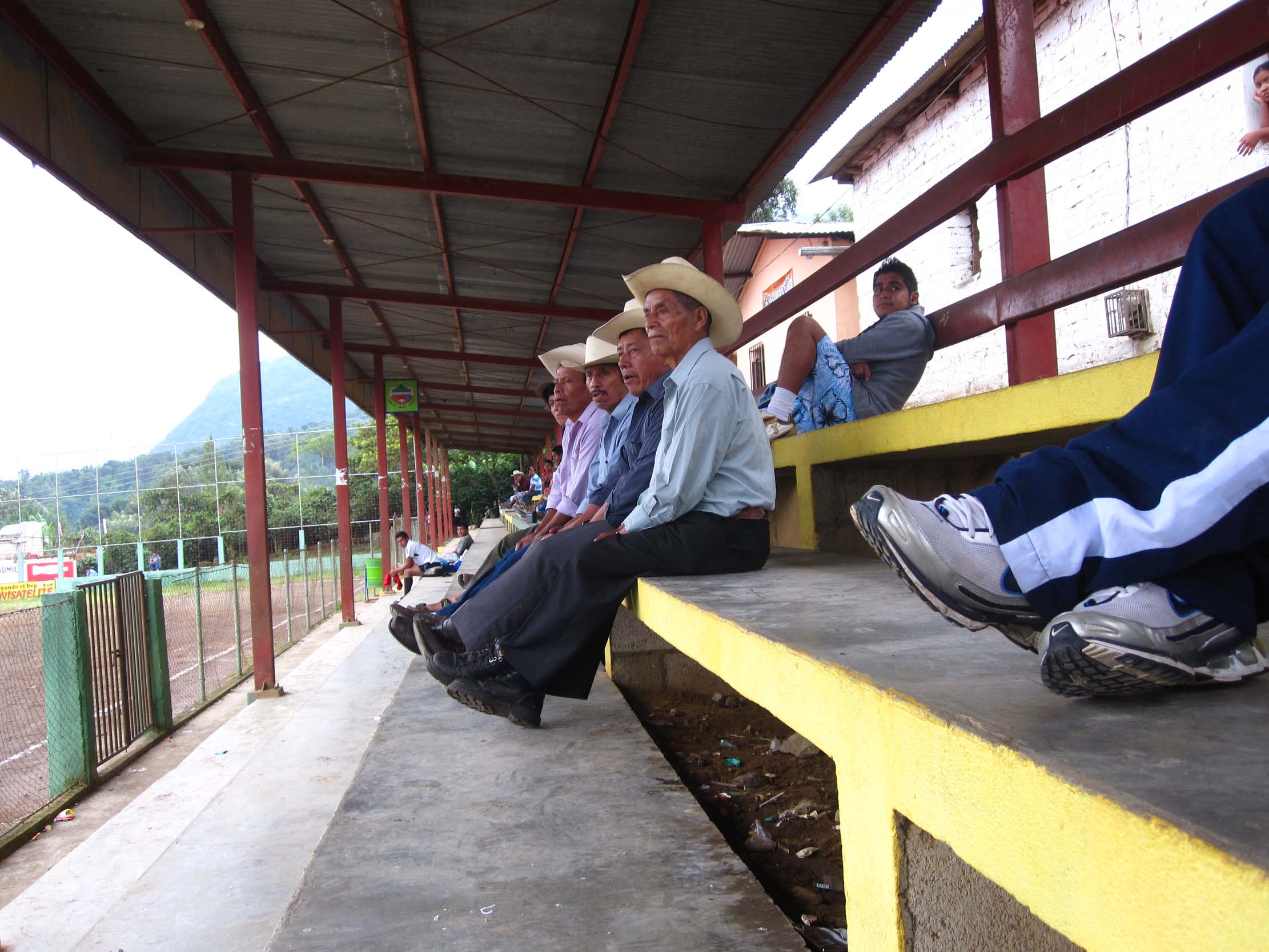 I found myself feeling guilty for having so much money in my wallet, and wearing my Adidas shorts, and one of my soccer shirts from a team back home. I felt bad for the other kids. They didn’t have tennis shoes, they didn’t always wear shorts, and they didn’t wear athletic shirts. They wore whatever they had. To play soccer for an hour doesn’t require as much preparation of a uniform, it just means that you need to show up. I kept thinking about all this while waiting for my turn to play again. I just felt bad, and guilty because I know I have so much.

I Always Feel Bad for the Goalie

Oh yeah, and then there was the goalie. He rolled up his jeans so he could get better contact with the ball. He wasn’t wearing socks, and the shoes he wore were more like dress shoes. Like I said earlier, I feel bad for any goalie here. True, to my observation, this young guy was getting hammered with hard shots, but he was stopping all of them, without gloves. I kept thinking about how much his hands had to hurt, or how difficult it was for him to play without proper attire.

Then I saw him smile. Actually, he hadn’t stopped smiling since I started watching him. Not just a smile to show relief of another blocked shot, but a smile to show that he was happy, really happy, continuously happy. I started looking at the other kids, and I realized that they were all smiling. They felt good about getting to play on the synthetic field, and they felt good that the were getting to play their favorite sport with their favorite people.

I realized that I shouldn’t feel bad for this goalie, or for any other player. To do so would be making a judgment against him. Since he didn’t possess any semblance of a soccer uniform, I felt it necessary to have pity on him. This kid didn’t want pity, he didn’t want me to waste time thinking about things like that. He doesn’t have time for cultural analysis or the gap between the rich and the poor. All he has time for is soccer, his friends, and the opportunity to block another shot so his team stays on to play another round. 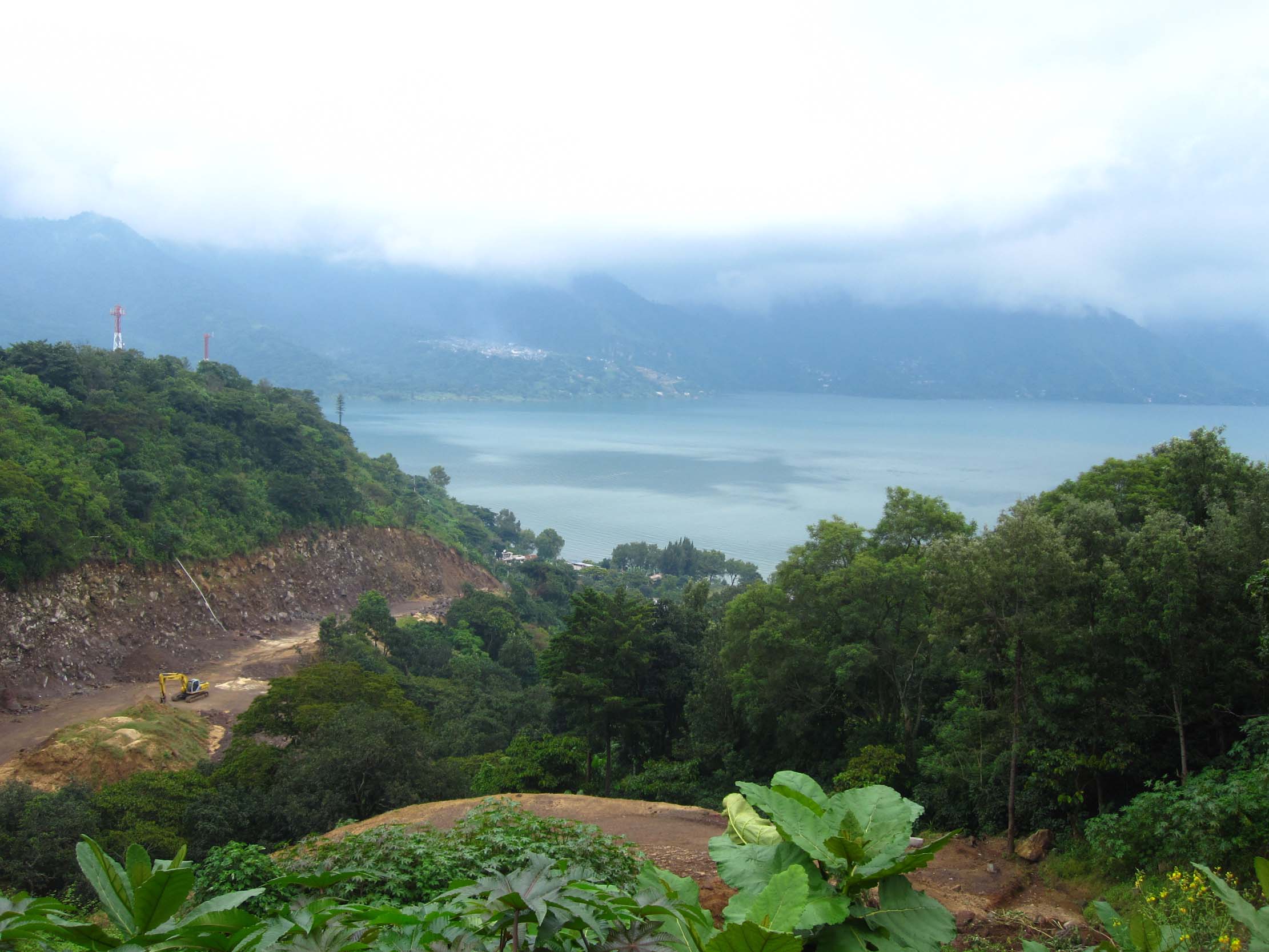