My favorite part about not having water in the barrio is that I get to walk through the streets with this guy (pictured right): 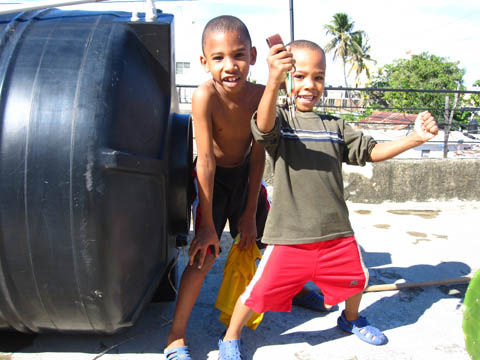 I didn’t grow up in a barrio, or anything like a neighborhood like Villa Nuevo Pueblo Duarte in East Santo Domingo. It’s poor, and there isn’t a lot of work for the people who live here. Most people try to avoid areas like these and stick to the beaches.

One night a taxi driver said, “You live here? I hope you don’t think that all of Dominincan Republic is like this.” I said to him, “I like it. There’s a sense of real community that I don’t think I’ve ever experienced before.”

“You know it’s dangerous though right?” he added.

Well, normally it wouldn’t be safe, but somehow it’s safer with someone like Gene Kelly.

Sometimes when we lose water, we go visit some of the relatives who live nearby. Joseas is always first to grab my hand, and he leads the way.

He dances like everyone’s watching, and sings like they are recording his performance. He pulls me forward like he’s trying to pull a rock, and at other times I have to drag him, half-swinging him from my one arm. He’s either mumbling, or he’s singing, I can’t tell. He doesn’t make any sense, not even in Spanish. But that’s not really important in this situation. We’re out for a stroll aren’t we?

Now he’s definitely singing, singing something. I don’t recognize the song, so I’m pretty sure he’s improvising. He’s got a thousand ideas stored up for nights like these. He’s actually matching the rhythm to the cadence of our walk. He’s encouraging me to join him, but as soon as I do, he switches to a new phrase. I try to get him to jump when we come to a speed bump, but now he’s engrossed in his serenade to the night, to the water that hasn’t come for days. It doesn’t bother him that there’s no water, nor electricity in the barrio. He’s just out for a stroll, singing in the barrio. 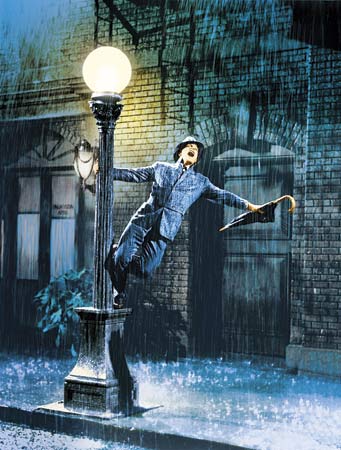