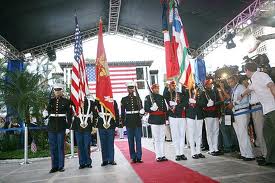 A small part of the American dream sits patiently in an enormous waiting room of  high ceilings, six foot fans, and factory-style fluorescent tube lights. Lines swirl around the inside, and the outside, seats for the lucky or elderly, but no matter who you are, or when you arrive, all must pass through security. No cell phones, please. A noticed presence of aspiration and perspiration hangs in the air.

For non-citizens in the waiting room of the US Embassy, this is a once in a lifetime opportunity, or at least, a once a year application maximum. Many people are dressed in their Sunday best, hoping for a positive first impression with the officer administering the visa interview. Forms stacked on forms, collated, stapled, and 2×2 photos done while you wait. It feels clinical. Like someone’s going to probe further into your inner ear, to listen in on your nervous chatter. 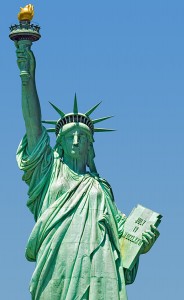 I wasn’t so nervous, no, this to me was not my last hope, nor my first step in making it to the New World; I was already a citizen. Along with Life, Liberty and the pursuit of Happiness, one thing we extend to all foreign nationals interested in becoming citizens is the right to wait in line. In some ways, I missed the familiar bureaucracy, the silly red tape, and yes, the policies and procedures of controlling the masses.

As I stood in line for over 2 hours for an application drop-off of 5 min, I heard many conversations surrounding questions of history, questions of interview strategies, and plenty of answers to proposed destinations. It seemed to me, truly, that everyone had an American Dream. My dream amounted to hoping that the simple renewal of my passport would happen without a hitch as it’s set to expire one month from this week. Yikes. That simple crucial piece of  travel documents that you can’t leave home without. (As my uncle Lyle joked, “If you’ve got a credit card and a passport, you won’t have any problem getting anywhere.”)

I know, I should have gotten this passport thing done when I was home in the States this past year. Really, it’s just a simple “mail it and wait” process, but I wanted my new passport to come from the part of tremendous journey beginning more than two years ago where I set sail to learn Spanish, explore Latin America, and volunteer for a cause I believed in. 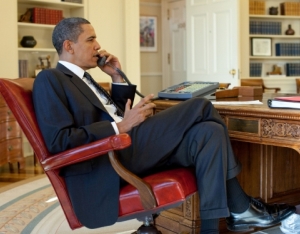 In October, I’ll be saying goodbye to almost two years in the Dominican Republic. It’s been more than two years away from normal American life. In some ways I’m tired of living withing a paid job, tired of consistent cultural challenges, and tired of being “another gringo” walking around the commercial areas of Santo Domingo. It’s not that I want to unplug from expatriate life, it’s that I want to plug in to American life.

But as I look at the stamps  in my old passport, I’m filled with a sense of duty to carryout the mission I started. By no means do I want to call travel or serving overseas a closed chapter of my life, or a “I got it all out of my system” kind of thing. I don’t want it to be all said and done, because I don’t believe it is.

I left the embassy without a passport feeling confident that at least for my part of the process, I was finished. But I don’t want the feeling of adventure and exploration to end, and I know it won’t be.

Maybe then, that is what I hope for, and maybe it’s safe to stay, I still have an American dream.