Hi family and friends, it’s been a whirlwind trip through Latin America these past five months. After being in Peru for almost two months, I returned briefly to the United States two weeks ago for a few meetings in Texas. Now I’m headed back to Nicaragua and Guatemala to help HOPE International with a few projects relating to savings groups. This newsletter is about one of the schools the Edify team and I visited in Peru. Blessings, -Aaron

“They told me ten years ago that there was no way anyone could start a school in this area with all the dirt and dust. It was too poor of a community and people wouldn’t pay me. In those days, I used to invite people to the area where I was planning on starting the school and they told me I was crazy. Even my family. So I stopped inviting people.”

His humor fills the room as he recounts the early days of starting his school named San Benito. Our team of four Americans and two Peruvians sit in his small office that is decorated by Catholic iconography, professional certifications, and a few trophies from his school’s soccer team. Florentino is so animated telling his stories, you really don’t need to understand much Spanish to follow along. I get so caught up in the energy of the room that I forget to translate a few phrases because it seems like my team is understanding what he’s saying. 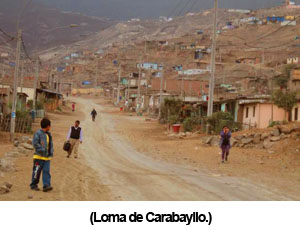 Florentino is the director and owner of his school, San Benito, a low-cost private school located in Loma de Carabayllo, a very economically poor district of northern Lima. Florentino is from the jungle in the northern area of Peru. When people describe Peru they list four areas: the mountains, the jungle, the coast and the central area. If you don’t live in the central area or by the coast, there aren’t many opportunities for jobs or for education. Parents will do whatever they can to ensure that their children receive the best possible education.

In Florentino’s case, his parents worked diligently to send him to a university in central Lima because that’s where the only universities were. After working for a few years in the city to make money, he came back to the jungle to start a bilingual school. It’s not the traditional sense of a bilingual school 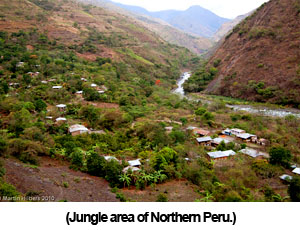 as we think of it being English and Spanish. Instead, his bilingual school was Spanish and Quechua, the native language to those who live in the rural areas and the jungle.

After his success with the first school in his hometown, he wanted to pursue his dream of starting a large school in one of the northern districts of Lima. With his experience as a director and an entrepreneur, it may seem like he would have no problem being equally successful in this endeavor, but trying to start a school in a poor area like this can be incredibly difficult.

He told us that in Loma de Carabayllo, land was going at approximately US $5 a foot. That may seem like a deal to us, but it also signals that the area is so poor, that any new business, let alone a private school, would have difficulty securing solid income. When you look around this area you can see why the land prices are so cheap. There is nothing but dirt and rock. It’s not suitable for farming or mining or any other activity. The land is cheap because it’s a desert. 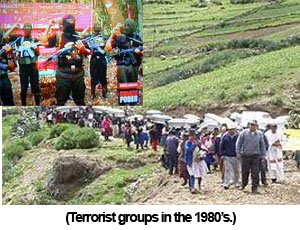 Florentino has a unique story to us, one of a true entrepreneurial bootstrapper, but his journey from the jungle to the center of Lima has become more common over the past few years. As the director of a local microfinance organization told us, “Lima is our ‘American Dream.’ To get a job and raise a family in Lima is what millions of Peruvians aspire to do.”

With Lima being a capital of 8-9 million people, there are an incredible amount of opportunities for work and for education, ones that simply do not exist in the areas outside of the major cities. During the past 30 years, there has been a tremendous influx of immigrants to the central region because of terrorism in many of the surrounding provinces. Initially, this terrorism was caused by two anti-government groups: Túpac Amaru Revolutionary Movement and Shining Path (a leftist military group ) and they were so destructive and intimidating in the outlying provinces, that many of the inhabitants fled to Central Lima. Even now, it’s easy to notice how the rapid emigration has left many without permanent homes as many people are still living in makeshift structures that consist of wood or scrap materials.

As families try to move out of poverty and want to grow their families, they move to areas where they can afford the land. That’s why they come to places like Loma de Carabayllo, and in this area, the population has grown so quickly that the government can’t keep up with ample space in the schools for all the school children. So when 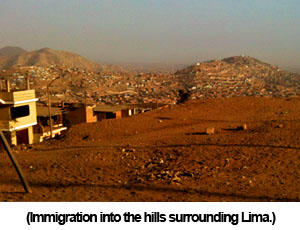 Florentino opened up his school ten years ago, more than 50 students were initially enrolled, and his staff tried to keep up with demand. He tells us that the parents wanted their kids in schools but didn’t want to pay the $8 monthly fee for a private education. Undeterred, Florentino didn’t give up, and persevered in the first few years to enroll more and more students and work with parents to pay an adequate amount so that he could staff the school.

Today, Florentino’s school has 275 students and it continues to grow. It is known as the most affordable and best quality school in the area. What impresses me most about Francisco is not only his perseverance, but his commitment to doing things well. When we asked him about his plans for the next five years, he laid out his desires simply: 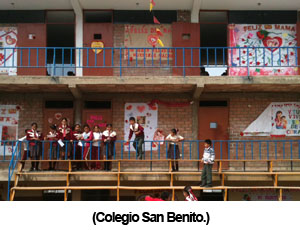 “I’m not so worried about getting to a specific number, or having another school. I want these children to have a quality education, and that means finishing the science lab. Later, I’ll continue to expand the computer room. It’s my duty to provide them with a solid education.”

Essentially, his vision has remained unchanged since the beginning. He’s never given up despite what detractors had said (even his family!) and has persisted year after year to do what God has called him to – press on toward the goal of good education in the community where he’s called to be.

Not that I have already obtained all this, or have already arrived at my goal, but I press on to take hold of that for which Christ Jesus took hold of me. Brothers and sisters, I do not consider myself yet to have taken hold of it. But one thing I do: Forgetting what is behind and straining toward what is ahead. (Philippians 3:12-13 NIV)

I pray that you are pressing on toward the goal that the Lord has given you.

Blessings to you and your family,
-Aaron