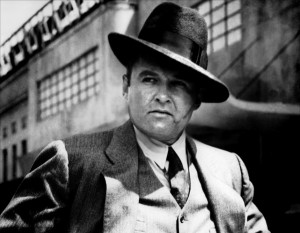 Last Sunday was election day in Peru and to ensure that everyone showed up and participated they prohibited the sale of alcohol from midnight on Thursday until Monday. Well, voter participation is a kind phrase to describe it. If you didn’t show up you would have received a hefty fine. That’s an interesting thought: exercise your democratic ability or get fined for being lazy.

I thought this political move banning the sale of alcohol would usher in a boatload of bootleggers, crafting their concoctions in musty basements in bathtubs, with bare light bulbs swinging overhead. Instead, restaurants and bars that depended on the income from sales of liquor, beer, and wine, simply shut down. It felt like

a ghost town walking through Miraflores. In the section where I live, which is usually inundated with loud music and patrons congregated around the 12-15 local establishments Sunday through Sunday simply felt like a ghost town. Discarded plastic bags rolled through like tumbleweeds.

Talking with people around town, most people felt like it was a non-issue. Many Peruvians had taken the time to spend with family and friends. They had used their Friday off to catch up with people they hadn’t seen in awhile. They just couldn’t go to restaurants with their loved ones. That left us, the foreigners, ones with no local ties, to stick together and forage for food. Well, not really. Groceries were still open, and yes, some restaurants. In all, it was just an odd time. 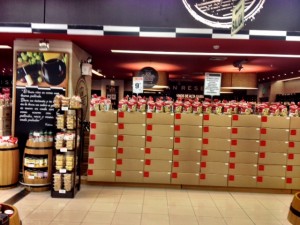 It wasn’t crazy, there weren’t raids, nor bounties placed on the heads of the top crime families; it was just quiet, everywhere. And not like the “quiet, a little too quiet” line that hints at something big about to unfold, it was simply boring, and inconvenient. Many of the regular restaurants my friends and I would go to were closed so we walked to other areas. Closed as well. I kept wondering, “Does the prohibition of the sale of alcohol really determine that much of a business’ revenue?” I suppose it does. Because nothing was open. Sad right? 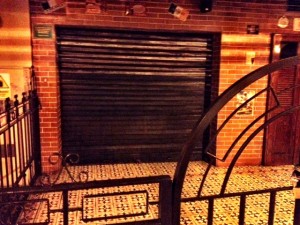 In sum, I had an interesting takeaway. I agree completely with the encouragement of people to vote, even suggestions to limit or curb the use of alcohol so that people come out and vote, but couldn’t they have held the elections on a Tuesday? Maybe they considered that doing so would impede the economic machine by having it during a day of work, but how much of the economy suffered from limiting restaurants/bars/grocery stores for three whole days?

Economic questions yes. And complicated too. It’s a weird nexus of political, economic, behavioral and religious intentions and conflicts.

1 thought on “I too have lived through prohibition”