I’ve often said to my friends that living abroad is a lesson in economics. Even if you don’t have the slightest idea on how economics influences a government, or vice versa, or how the trickle down never drips into your bank account, you’ll get an understanding of these market 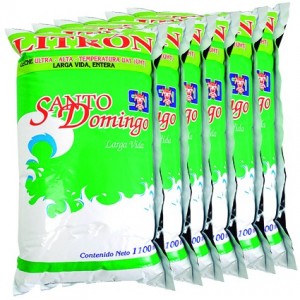 forces pretty quickly abroad. For example, when I lived in Santo Domingo, I heard many stories about what it was like to live in the tumultuous period of the early 2000’s. Could you imagine working in a supermarket and having to change the price of milk three times within one day? Or if you’re buying groceries for the family and you suddenly don’t have enough to purchase your weekly supply of necessary food items because the prices have jumped 5-10% in a day?

Here’s an excerpt from Wikipedia regarding the 2000-2004 period when Hipólito Mejía was president:

“During his government the country was affected by one of the worst economic crises, generated by the bankruptcy of three major commercial banks in the country, which resulted in high inflation, high country risk rating, currency devaluation and increasing local poverty.” (source: http://en.wikipedia.org/wiki/Hip%C3%B3lito_Mej%C3%ADa) 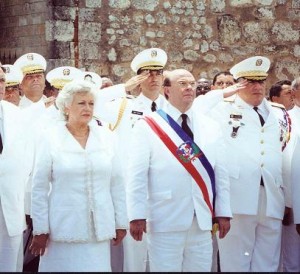 Even during the two years I spent in the Dominican Republic from November 2010 to October 2012, the Dominican Peso was marked to the dollar at $0.36 to  $0.43, respectively. That’s a difference of 19.44%, a nice gain, with the caveat being that you’re on the US side. What economics urges us to consider is that there is always another side to every action or consequence.

Imagine being on the other side of that equation, where your investments: stocks or retirement funds, or your checking and savings accounts are devalued almost 20% in two years. With it’s proximity to the United States, the Dominican Republic purchases the majority of its goods from the United States. So as an individual, you lose 1/5th of your buying power, or even worse, if you’re an employer or an employee of a company that sells goods purchased from the United States you’re at a severe disadvantage and you’ll have to lay off staff just to keep the lights on.

When you live in an economy prone to wild swings like this and hear stories of the consequences for the average individual, it makes you feel blessed to be from a country that has such stability in their economy and in their currency. It was like I was shielded from the changes in the economy, and in fact, I know I prospered from it being someone who consistently converted my dollars and made purchases in the local Dominican economy.

This experience piqued my curiosity to understand how the decisions of the local government and the international government affected not just the overall population, but the communities and the individuals that I had come to know on a personal level. It is a great difference to take some esoteric theories and translate them into factors for why communities suffer from crime, delinquency, and unemployment.

After a few conversations with some friends back home, I wanted to get a primer on economics and capitalism to read during my journey’s in Latin America. Well, I now have a stack of economics books that I’ll be working through, but one near the top seemed like it was the most fitting when I wanted to know more about why the countries I was living in or traveling through didn’t experience the same fortunes from Capitalism. In other words, why didn’t they have the same access to opportunity that we did, or experience the same security of their property or benefit from low prices, or rest assuredly that their freedoms, religious, civil and economic 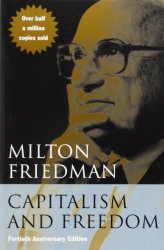 were fully intact and preserved for tomorrow.

“Capitalism and Freedom” by Milton Friedman has helped me sort through some initial thoughts, answered a few questions, but opened up a whole new world of new questions for what I try to reconcile in my mind when I read the newspaper here in Lima, Peru. It’s a definitely not an easy read, but it is a good start in understanding the frameworks for governments and how the structure of an economy influences, both positively and negatively, the freedoms of the individual. (I’m still working through the first three chapters.)

First of all, I thought the term, “Capitalism” was a pretty cut and dry definition, much like knowing the capital of the United States was Washington D.C. Everybody knows it and quotes it so often that there’s really no room for discussion. Quite often in America we believe in this “Capitalism,” like it was some unalienable right, part of the 10 commandments handed down from God, but some of us rarely understand what this definition means or the implications, both good and bad. Here’s a definition from Wikipedia:

Capitalism is an economic system in which trade, industry, and the means of production are controlled by private owners with the goal of making profits in a market economy. Central characteristics of capitalism include capital accumulation, competitive markets and wage labor. In a capitalist economy, the parties to a transaction typically determine the prices at which assets, goods, and services are exchanged.(source: http://en.wikipedia.org/wiki/Capitalism)

As you see, this is a pretty straightforward definition of Capitalism, and it can refer to a neighborhood market or a national economy, but as Friedman points out in his book, what we aim to have as a nation are a set of principles and ideologies that form our capitalist economy; what we really want to believe we have is “Democratic Capitalism,” here’s more:

Democratic capitalism, also known as capitalist democracy, is a political, economic, and social system and ideology based on a tripartite arrangement of a market-based economy based predominantly on a democratic policy, economic incentives through free markets, fiscal responsibility and a liberal moral–cultural system which encourages pluralism.[1][2] This economic system supports a capitalist free market economy subject to control by a democratic political system that is supported by the majority. It stands in contrast to authoritarian capitalism by limiting the influence of special interest groups, including corporate lobbyists, on politics. (source: http://en.wikipedia.org/wiki/Democratic_capitalism)

What encompasses this latter definition is not just the practice of exchanging goods, but also the Scope: the structures of our political, economic and social structures, the ideology of “why” we believe this is good: Democracy – everyone should have a vote, or an ability to participate, and also how it plays out: Free Markets – we are all allowed to sell products (be business owners) and buy products (have choices as consumers) without the rigid structure or authoritarian rules of “who” buys/sells, “where” in places of purchase, and “how” certain price controls or limits.

Democratic Capitalism, therefore better preserves our rights and freedoms that the simple definition of “Capitalism.” Now, if you’re like me, you tend to think that any country that isn’t part of the traditional communist countries: Cuba, Russia, or China is basically a Capitalist country, because it’s not communist, you’d be wrong. A huge gap exists between Capitalism and Democratic Capitalism, and what Friedman explains in his book is that it’s often helpful to see these practices of government as they are compared to other forms of government, or in other words, “know what they are in terms of what they are not.”

Now, I realize, that from what I’ve seen in Latin America is that these are not true Capitalist countries, they have hints at being an Oligarchy:

Oligarchy (from Greekὀλιγαρχία(oligarkhía); from ὀλίγος (olígos), meaning “few”, and ἄρχω (arkho), meaning “to rule or to command”)[1][2][3] is a form of power structure in which power effectively rests with a small number of people. These people could be distinguished by royalty, wealth, family ties, education, corporate, or military control. Such states are often controlled by a few prominent families who typically pass their influence from one generation to the next, but inheritance is not a necessary condition for the application of this term.

Throughout history, oligarchies have often been tyrannical (relying on public obedience and/or oppression to exist) though others have been seen as relatively benign. Aristotle pioneered the use of the term as a synonym for rule by the rich,[4] for which the exact term is plutocracy. However, oligarchy is not always rule by the wealthy, as oligarchs can simply be a privileged group, and do not have to be connected by either wealth or by bloodlines – as in a monarchy. (source: http://en.wikipedia.org/wiki/Oligarchy)

Now this is starting to make a lot more sense as I weigh our American structure of Democratic Capitalism against forms of Oligarch. Many times in the newspaper I read that there are certain companies, organizations, or political groups that all have the same last name – that would be the form of power passing down from generation to generation. I can imagine you read the definition on Oligarchy like I did, and said, “Hmm, that sounds a lot like parts of America” and you’d be right. We don’t have a purely democratic capitalist society, but I’d like to believe that we have the belief that what we wrote in our Constitution is the standard that we should always be aiming to achieve. For that what we do have is a separation of powers, or a set of “checks and balances” to make sure that we are aware of what currently exists and what should exist as a true form of government.

Our freedom is preserved by a system that aims to consistently preserve our freedom. Many of the countries I’ve lived in, are not set up that way, or are not proficient in maintaining that structure.

Whew, this is a lot for one day. Let me take a break and return to this a bit later on.