I had a conversation with a taxi driver during the world cup about the skill and the chemistry of certain teams and their star players. Why some players were simply more dependable than other players? He seemed like he was a veteran of the game, and offered me this explanation:

“It’s like I tell my son and his friends, if you want to score a goal from a certain distance or pass a player with a flashy move in the game, they’re going to have to do it at least 10 times in practice, flawlessly.” 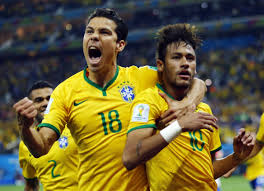 He added that on the contrary, “Don’t expect to be able to do something in a game that you haven’t done 10 times well in practice!”

Such good advice I think. There are so many “one-hit wonders” and many flukes of success that seem to crop up and die out. You wonder what it was that allowed them to reach a certain level of stardom because they showed all the signs of excellent in their performance. but failed to keep it going. Maybe the reason they couldn’t keep it up is that while they showed it in their performance, they couldn’t repeat consistently. There are myriad factors that determine an outcome in the game. The question is can a player do it consistently in each situation without suffering from so much analysis and critique that they can’t even perform?

That I think is the difference between those who are great and those who are good. It’s the level of consistency showed day in and out of practice and on stage. I think anybody can hit a home run, write a great article, or have a great showing, but it is those who have refined their art to the point of repeatability. Those are the ones that stick around.