At dinner tonight, Hector (my host family father) asked me if I wanted to come to the celebration of Lolita’s school. I said, “Sure, why not. That sounds like fun.” Actually, I said, “Yes.” But the former phrase is what I wanted to say. From what I gathered from his description, the kids would run into the town of San Pedro to their school. 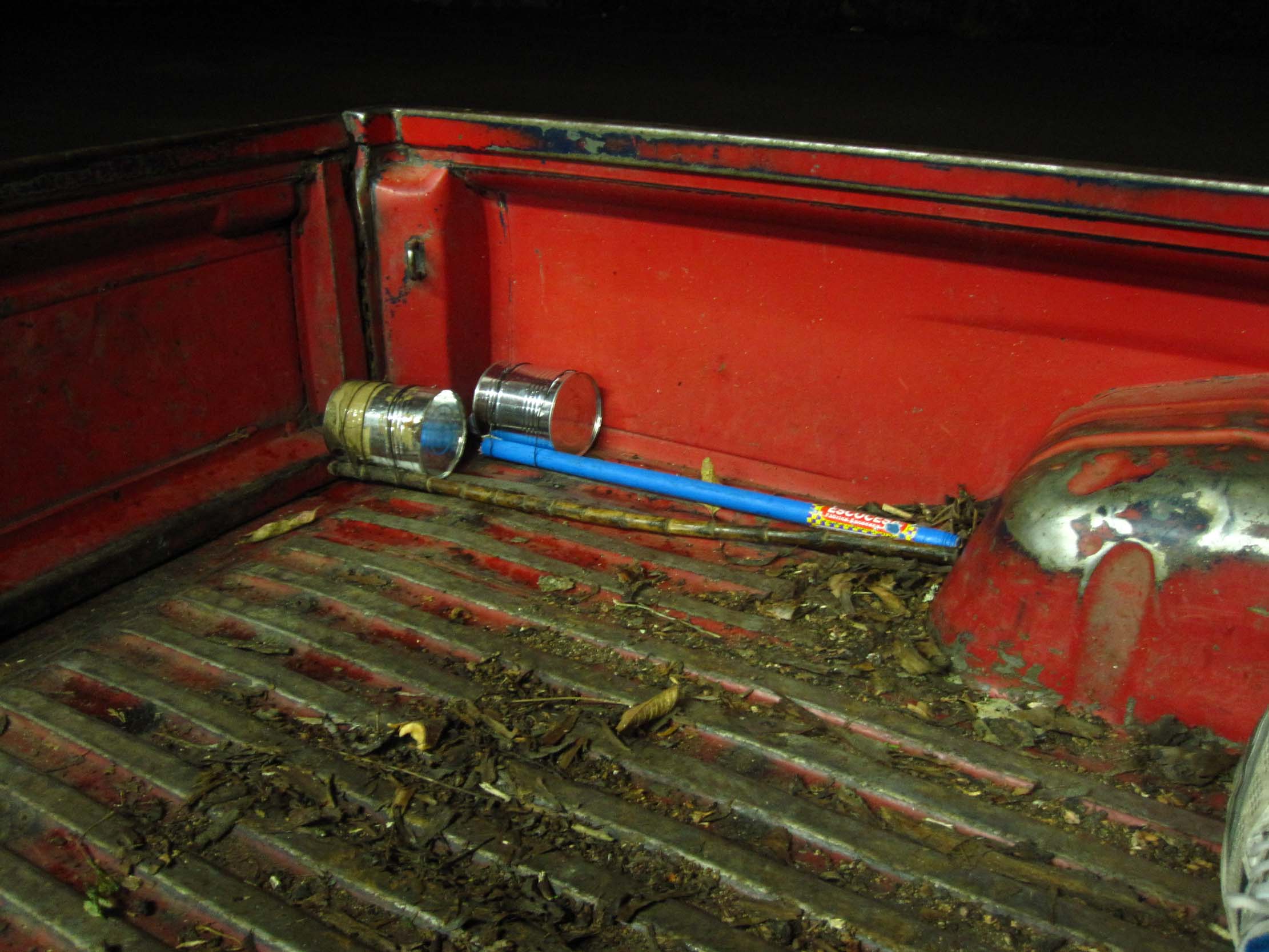 I thought, “Yeah, that’s what I would do if I were celebrating an anniversary.” Seriously though, I am always up for running or running at night or running with fire. I think this night was a reason why I am living with a host family and a huge reason why I took a break to learn Spanish and travel. Albeit, I had no idea what was going on.

I felt just fine, hanging out in the back of the truck with Hector Junior (pictured right) and his cousin, Lawrence. 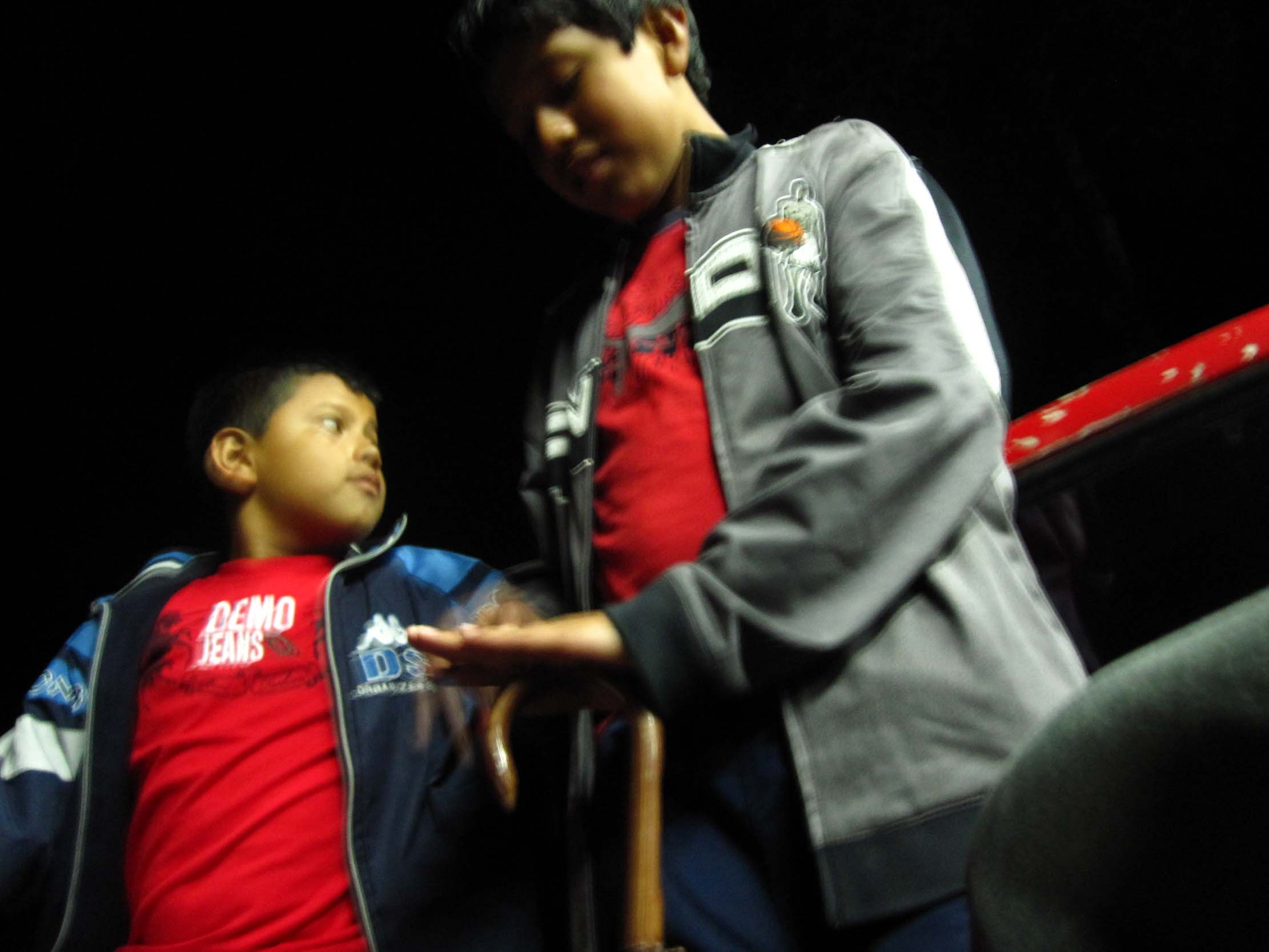 We were hanging out in a gas station just outside of town. I asked Hector how far the kids were going to run. He said, “Only 1 kilometer. Do you want to run as well?” I heavily considered it, but being that it was cold and it was starting to rain. I oped not to.

These kids were pumped and ready. 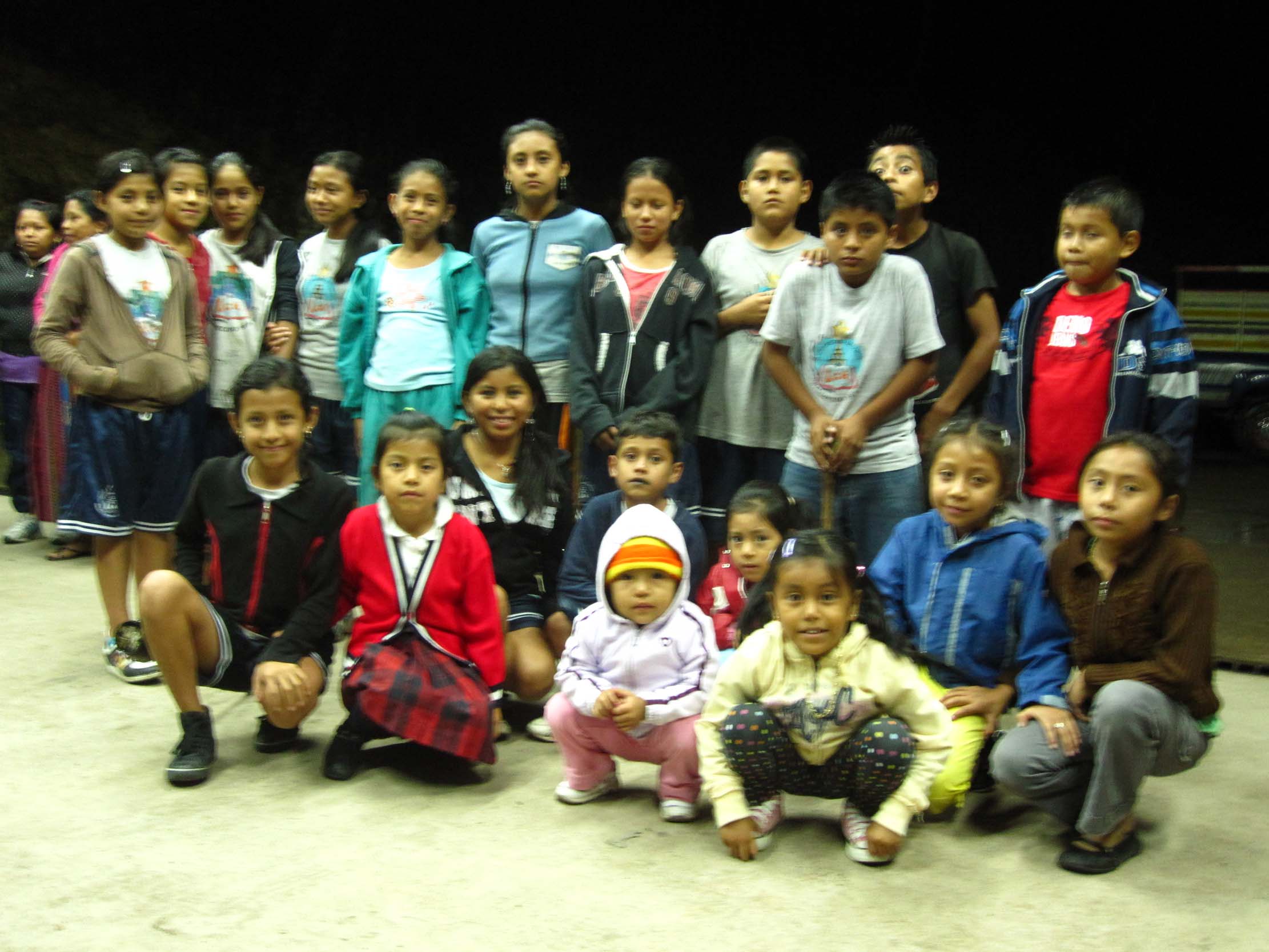 You can see that they have on their gym clothes. Which is fine, but it’s like freezing now and really raining. 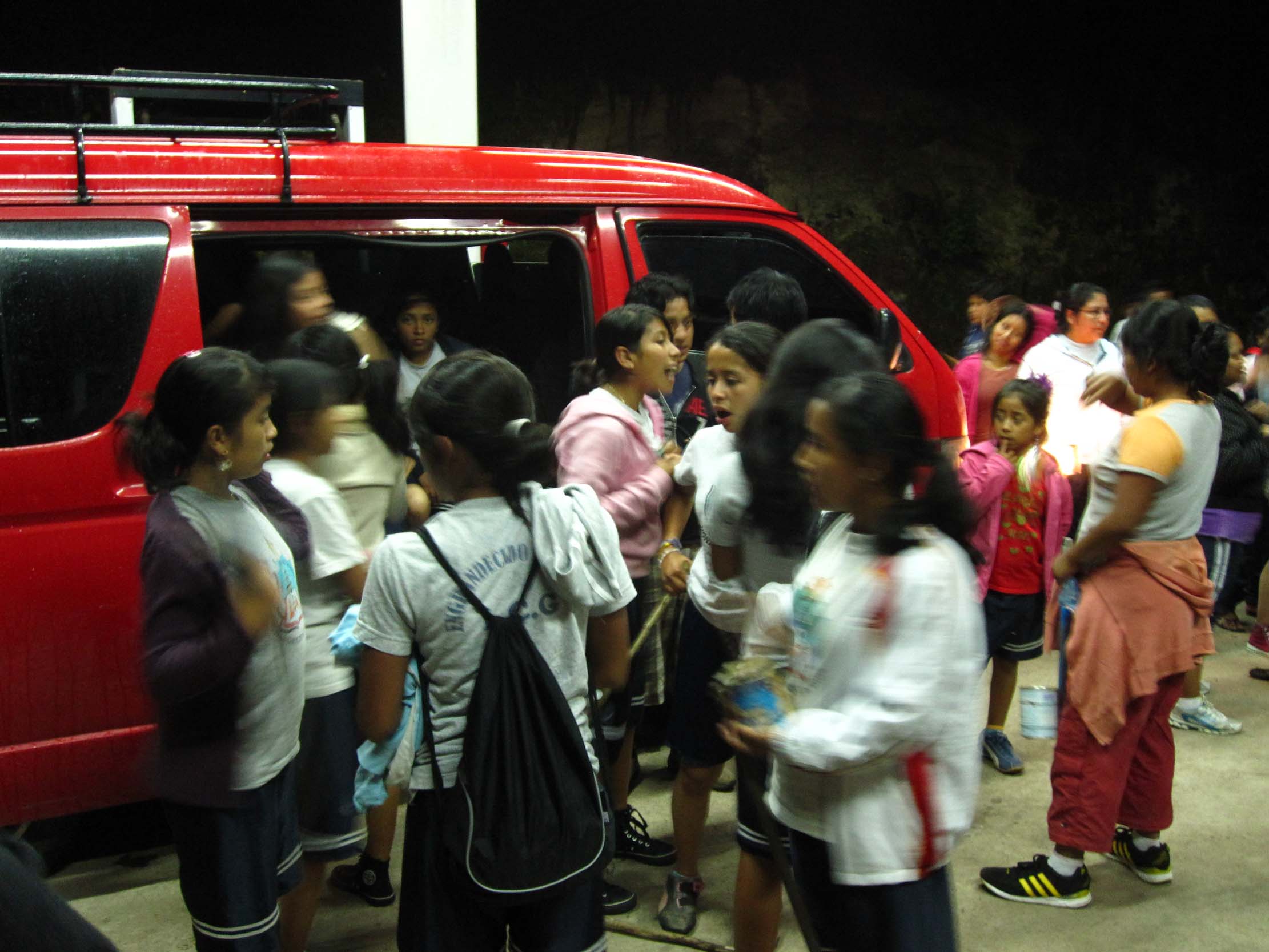 We finally make it to the start line and these kids are starting to ignite their torches. 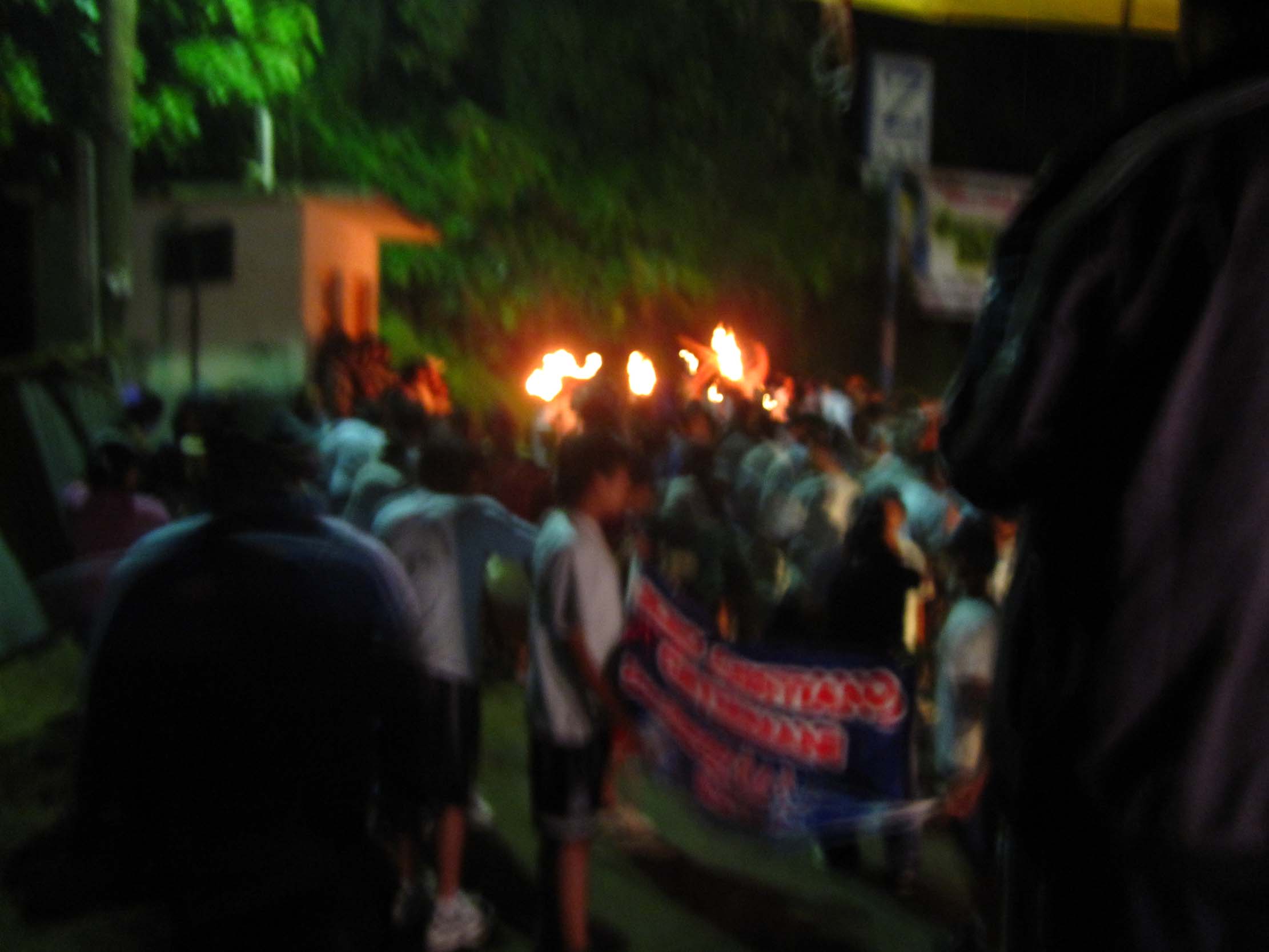 The picture really doesn’t do it justice, so check out this video.

After about 15 minutes riding in the back of Hector’s truck, the kids finally reach their destination. They all run into the small hallway and up to their school. They dumped their torches to the right, and this little guy was in charge of ensuring that all the lit torches were properly distinguished. 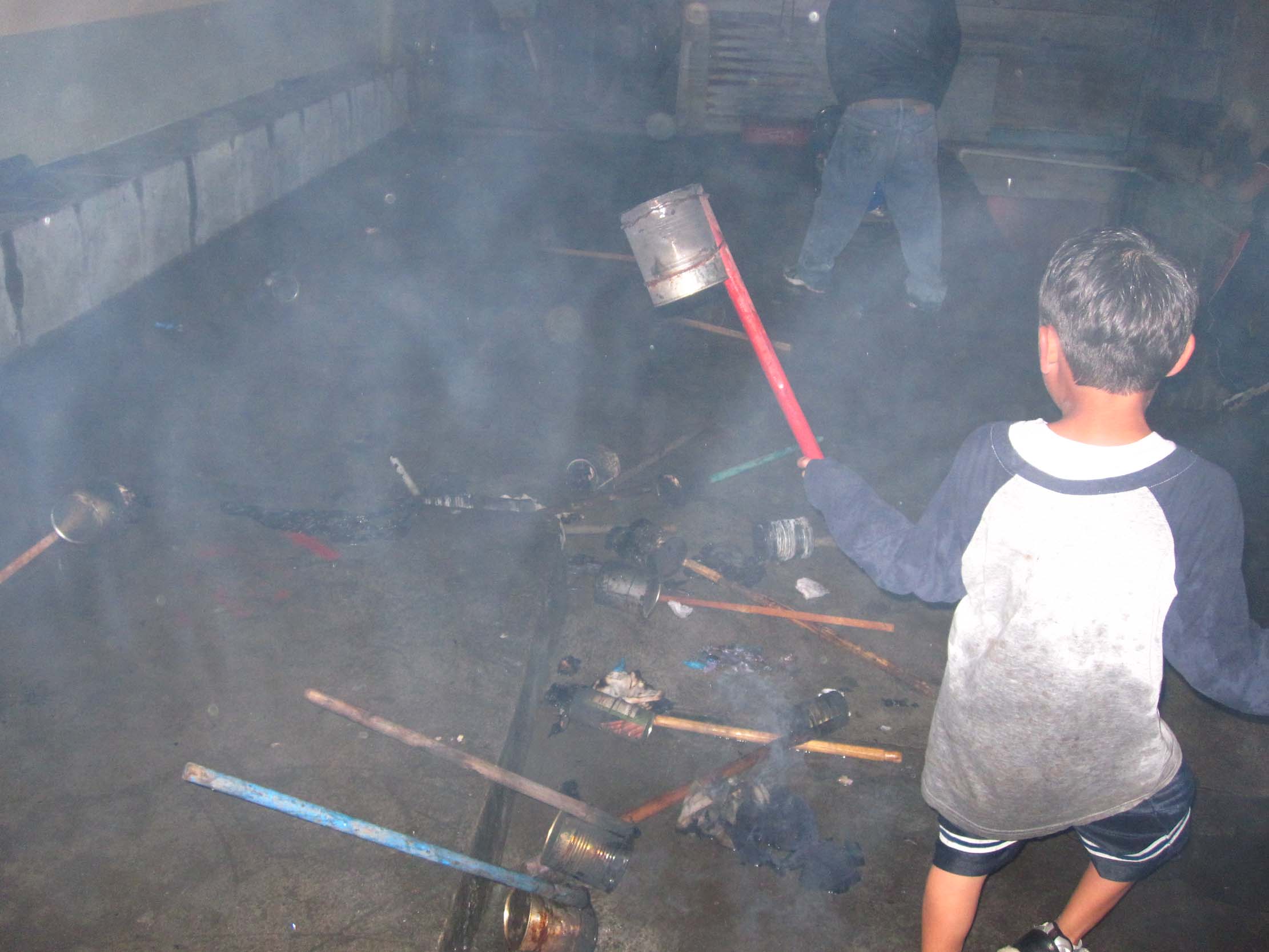 Now it was time for the closing words of the celebration. They sang the school song and the Guatemalan national anthem. It was beautiful. 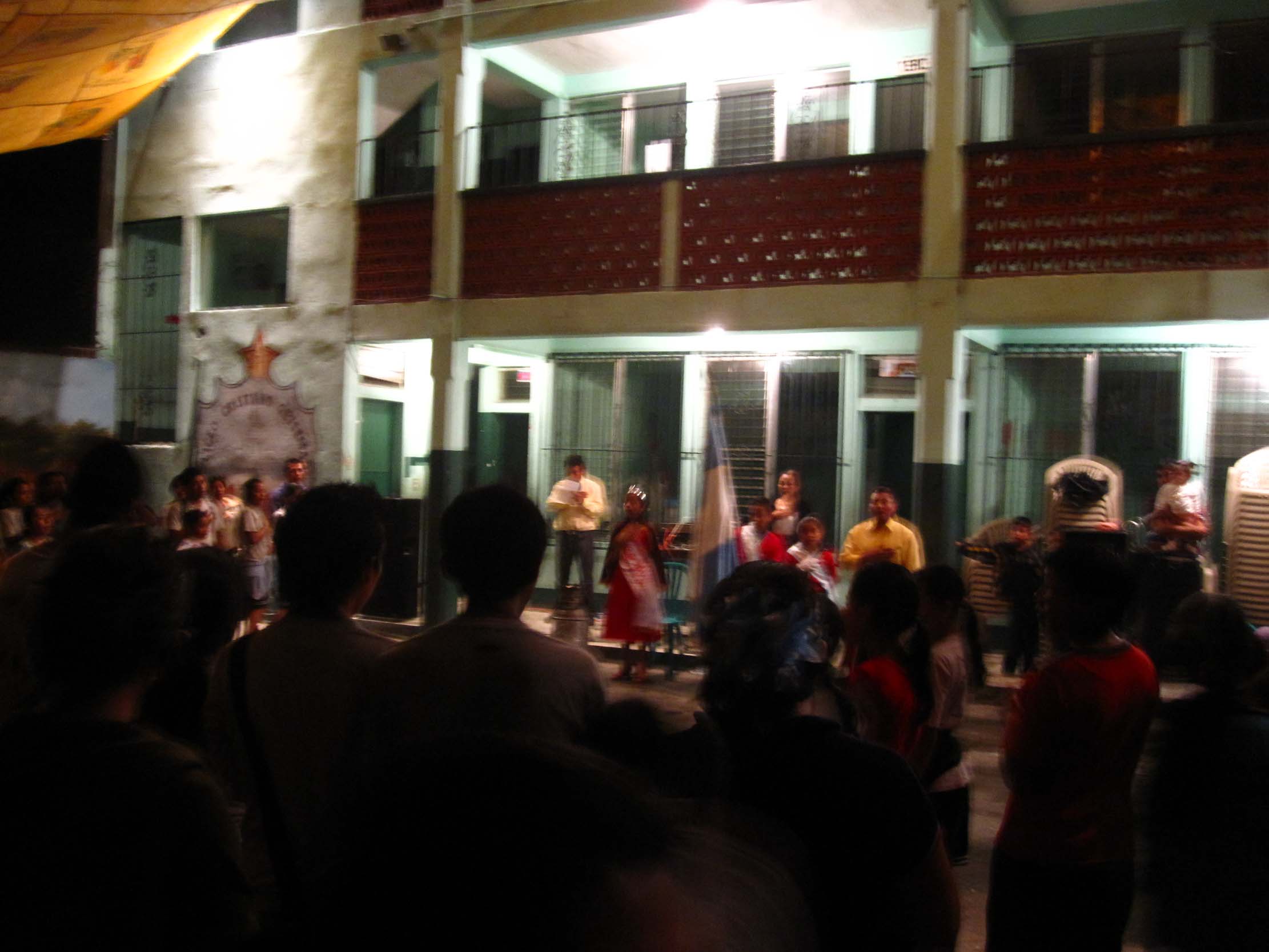 CRISTIANO LICEO GESTEMANI, is a ministry of Gethsemane Baptist Church of San Pedro La Laguna, Solola – Guatemala. Dedicated to the training of students with biblical principles and moral values.

Here is a video that they put together that will show you what the school is like: