Monday was a long day of traveling for me. The team from our church got up at 3:30 to get to the airport in time for our 6:40 flight. A day earlier we traveled two hours away to a rural village to visit the Verbo church and to help them run a soccer camp and carnival. I was exhausted and didn’t sleep much the night before.

My team chose the option to get bumped on their flight to El Salvador to get a flight voucher and a hot breakfast which meant that I’d have to navigate the Salvadorian airport and find my transport to the bus station. Upon arriving in El Salvador, I quickly scouted out the area and made my way to the airline counter. I tried to see if I could get bumped for the flight back to the USA which would give me a flight voucher. They told me to come back in 2 hours. I didn’t have to hours so I made my way down to the immigration and customs.

They stamped my passport and I exited the airport into a heat blanket of the El Salvadorian climate. Immediately, taxi drivers surrounded me like vultures. Every transportation hub has tons of people trying to sell you goods or take you somewhere. I was able to communicate that I needed to go to the Tica Bus station and I pointed on the map to where the information center pointed me to. 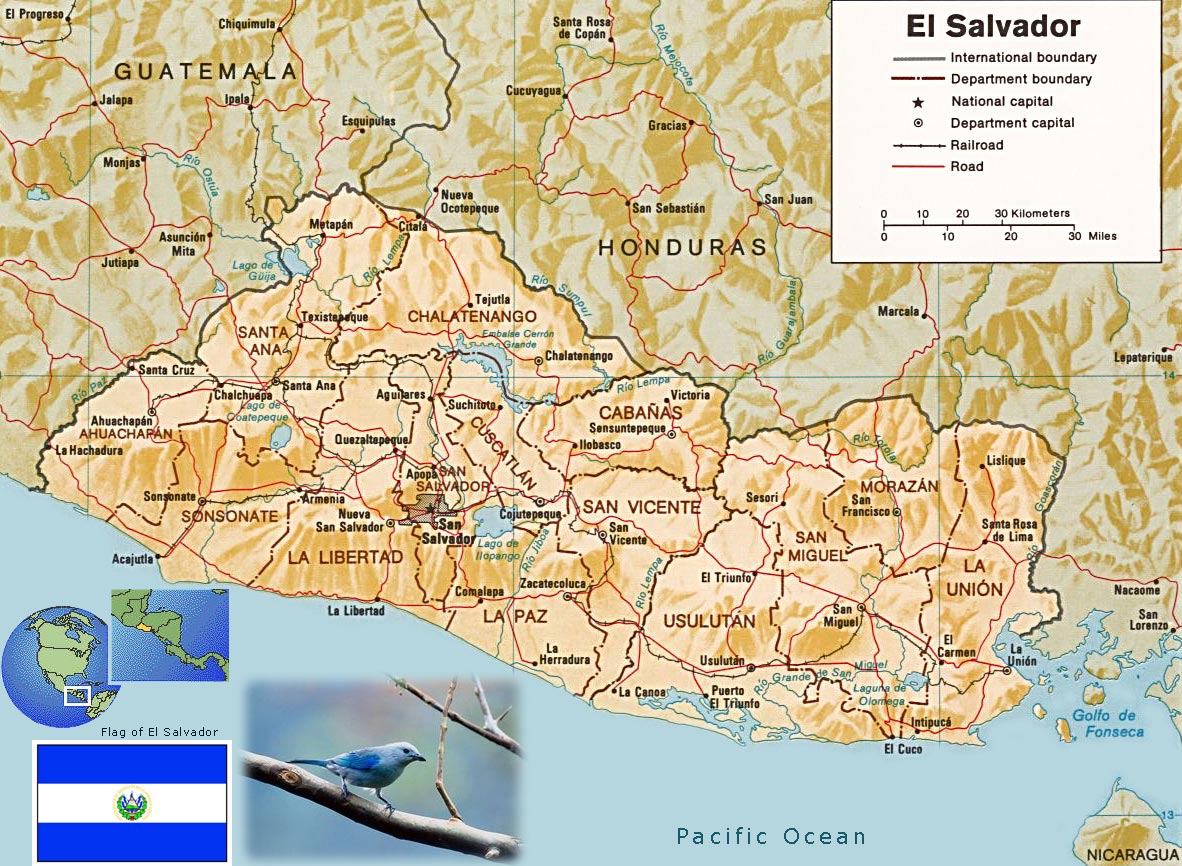 I jumped into the Toyota Hilux (the Tacoma version in CA) with Manuel and we headed into El Salvador. It was a 35 minute drive into the city. San Salvador is beautiful. The mountains stood against the bustling city of three million people. We passed the metro center where I saw signs for Tica Bus, but Manuel was taking me to the place I pointed out on the map. We arrived at a tiny station where I saw no signs for Tica Bus and got a bit worried. I knew that King Quality was a good bus service and they were running a route to Guatemala. Manuel helped me find the Guatemalan desk and pointed to the sign that said it would leave at 2:00pm. I originally planned to leave El Salvador at 1:00pm, so now I was going to be late to meet my shuttle.

The following is a follow-up email I sent to my friends from Nicaragua:

Hey dudes! It’s too bad y’all couldn’t join me on the man voyage I had in El Salvador. Carl emailed me to see how it went, and I decided to send an email to all of you. (The “Man Voyage” was what we named our planned excursion into San Salvador. They were unable to complete the “man voyage” because their flight was bumped, so it was just me traveling in my own wolf pack.)

First of all, I haven’t found the kind of discounts at the department stores that I used to frequent. I’m waiting for a good sale before I drop a load of cash.

Secondly, the man voyage would have been a bit trickier than we first had envisioned. Whilst the airport was pretty nice and well air conditioned. The El Salvadorian climate felt like wearing a hot soaked blanket in a dressing room – if you know what I mean. To even get outside you have to pay $10 to enter the country.

Thirdly, it’s a 30 min trip into the city, and directly outside the airport there is not mucho. I did get to ride in a Toyota Hilux with Manuel, my taxi driver. I think he may have been a Jehovah’s Witness. He had a copy of a worship service printout in his seat, but I don’t know enough spanish or enough about El Salvador to corroborate this.

Fourthly, if you tell an El Salvadorian that you want to go the Tica Bus station and you point to another bus station on the map, he will take you to the place you pointed to. King Quality Bus Lines leave at 2:00 which meant I’d get to Guate later. With the extra time, I ate lunch next door in a little cafeteria.

Fifthly, it was a 5 hour trip to Guate. Oh yeah, and we crossed a border. Somehow I forgot about that. No biggie though, you don’t have to pay anything to enter Guate, but you do have to deal with 8 money changers who board the bus and 9 women selling food.

Sixthly, when you get to Guate, it’s important to know where the bus station is, and don’t get off the bus just cause everyone else is. Haha. I got off at Hotel Del Istmo, and when I finally called the place I was staying in Guate, he said “Why did you get off there instead of the Bus Station?”

I have no explanation for getting on at the wrong bus station in El Salv and getting off in the wrong bus stop in Guate other than the fact that I’m in Spanish School right now for a few good reasons.

I stayed at a really nice and inexpensive place in Guate at the night and met some really cool Americans and Spaniards (still reveling in their World Cup Victory).

The next day a shuttle picked me up and drove me 7 hours to the language school. The trip is usually 4 hours . . . that is if you pick it up at the main terminal and not the bed & breakfast I stayed at.

In summary, I had an awesome and safe adventure to Guate and currently reside in a gorgeous area of Lake Atitlan.

I hope in the future that we can join in on a man voyage together. At least when i come back at the end of September I’d like to get together and look at some pictures and try one of those Nica cigars.

Hope you guys are doing well and I hope that your shopping excursions have brought your homes much joy and that you won’t have to use your gift receipts.