San Pedro Spanish School extends invites to everyone. During my first real week there my teacher learned that I play soccer, or really, love everything about soccer. He set to work organizing a game between the students and the teachers. Apparently, from time to time, the teachers like to scrimmage the students. To our benefit we had a good selection of players from around the world. We had the four Kiwis from www.angelstothehorn.com, an American from Minnesota, a dude from London, England, and for good measure, a doctor who brought the total Kiwi count to five.

We played for about 2 hours in the small, synthetic field in San Pedro. The Kiwi’s didn’t have regular shoes because they only brought their rugged, steel-toed boots for the long motorcycle ride form Los Angeles to South America, so they played in their socks. Quickly we realized that the Guatemalans were beating us quite badly. Our strategy shifted as we recruited a Guatemalan to play with us. Slowly, the score began to even. I guess the only way to beat Guatemalans is with Guatemalans.

Here’s a picture of our Maestros v. Estudiantes championship game. (I think the final score was tied.) 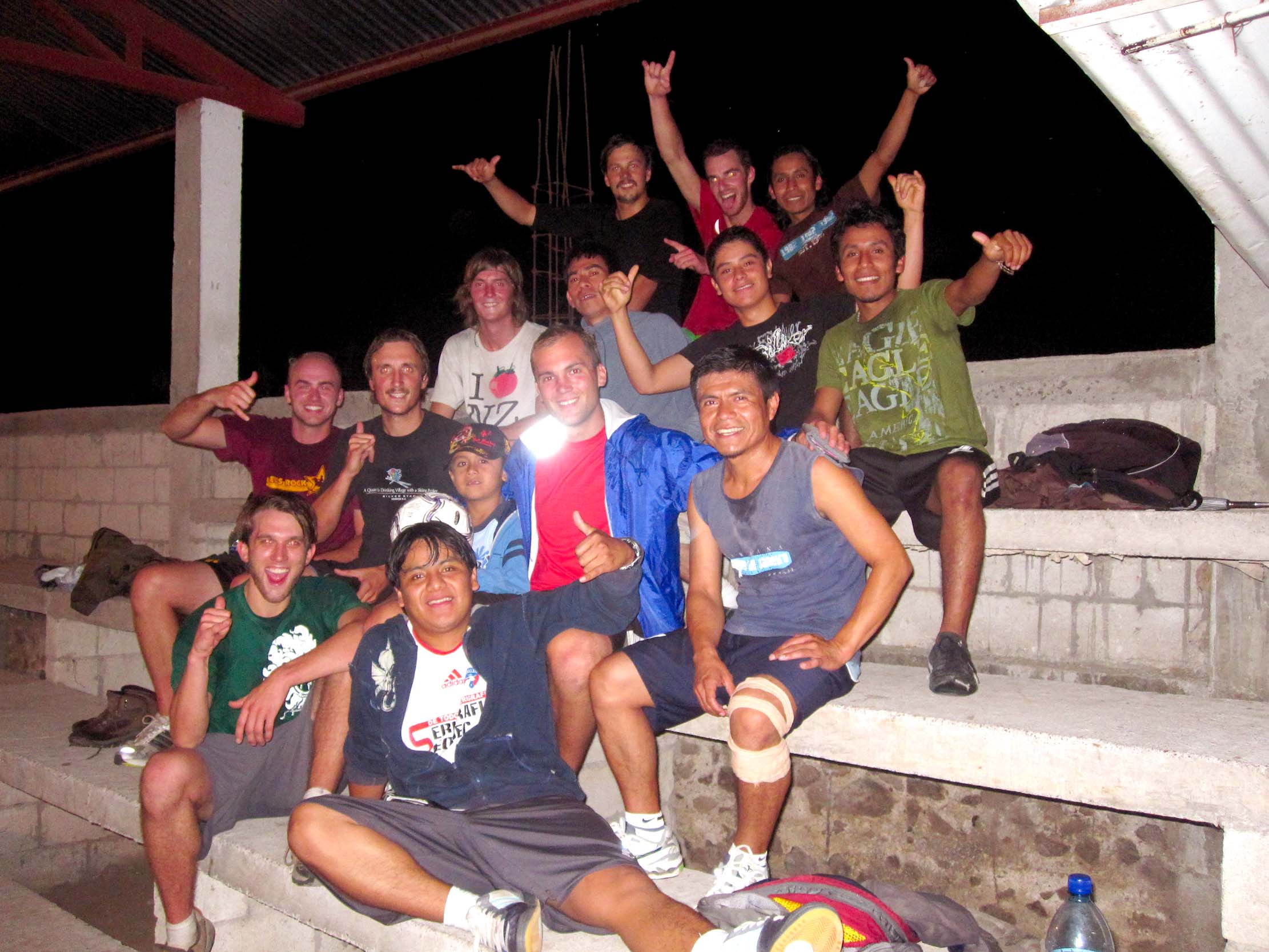