Sometimes, the most random things happen to you when you travel. I never thought I’d be singing Oasis songs on a borrowed guitar while sitting in a barber shop in San Pedro Guatemala while my friend from Australia was getting his haircut for a dollar and the barber and the other gentleman were conversing in the local Mayan language: Tz’utijil. 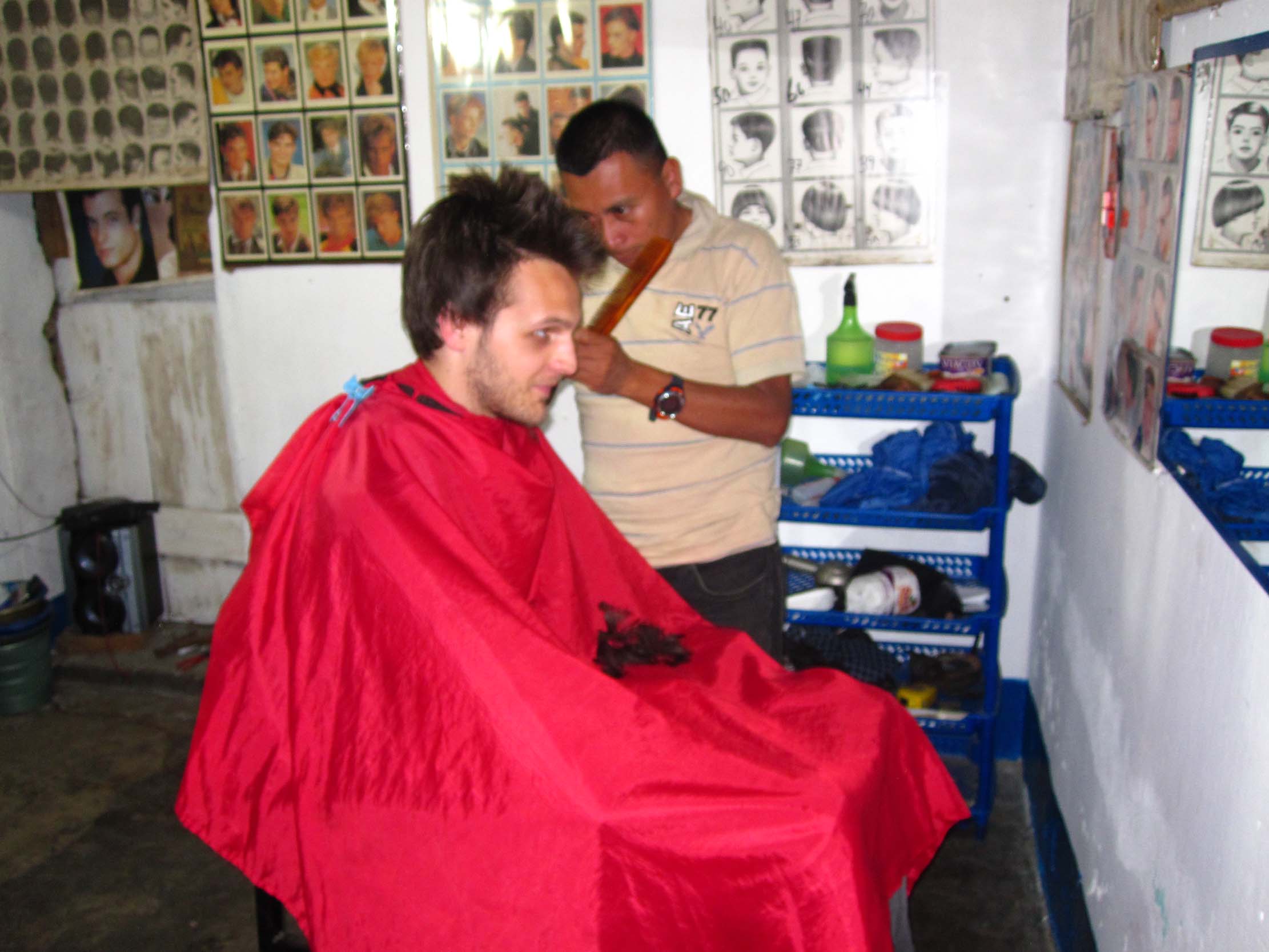 I had wanted to get my haircut for quite some time, but I was hesitant to bring it up in class ’cause I thought it was a weird question to ask my teacher. He didn’t think it was weird at all, in fact, I could see he was happy that I was interested in experiencing another element of Guatemalan culture: the Barber Shop.

Most Guatemalans have good, clean haircuts. It always seems like their hair is well kept and trimmed. I always wondered how they managed to get so many haircuts because in the United States, haircuts can be really expensive. Not in Guatemala; haircuts are cheap. Well cheap to the gringo, like me, but probably cheap in general. It only costs 10Q to get your haircut, which is about $1.20.

I would get haircuts all the time if they were that cheap and if I didn’t usually cut my hair myself.

Well anyway, my teacher and I met up in the afternoon to go the barber shop. He had a friend that owned a little shop. When we entered the barber was sleeping and the lights were off. We woke him up by asking if his store was open. He responded with, “Por Supuesto!” which means “of course!” He turned on the lights and I jumped in the seat. It’s a good thing I know what size I normally use for clippers because it just made it incredibly easy. He did a good job.

My Australian friend, Shane, jumps in the chair next. Shane is a tall guy, and he has tall hair. He was worried that the barber might want to chop too much of it off. I jokingly told the barber that Shane wanted a Kangaroo etched in his hair. Shane didn’t think this was terribly funny, but in the end, Shane was able to get a haircut that was simply a “reducion.”

There was a guitar sitting next to me so I asked the barber if he played guitar. He responded that he was learning “poco a poco” and he asked if I did. I responded that I did and he wanted me to play it.

I’ve had a few of those while traveling. (One of the other one’s was jumping off a 9 meter rock into Lake Atitlan.) But this time, I grabbed the guitar and thought to myself, “Oh wow, what am I going to play for 2 Guatemalans and my Australian friend?” It was a good thing that Shane made a song request. He wanted to hear some Oasis.

So here we go, this was after “Wonderwall” and “Don’t Look Back in Anger.” 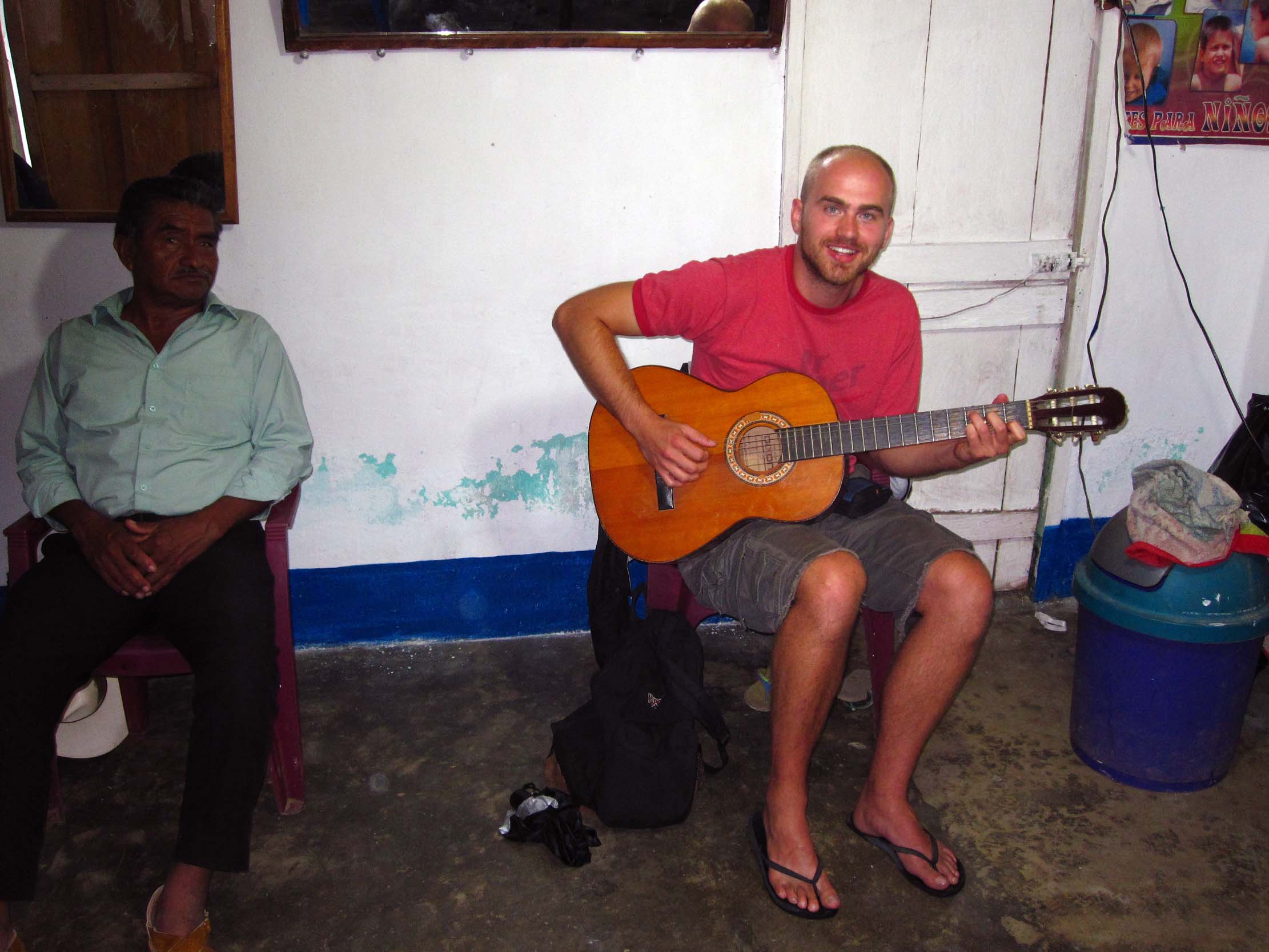