My first night back in Guatemala, I spent the night in Antigua, Guatemala with my friend Shane. Shane and I went to language school in San pedro for three weeks. He was also the guy getting his haircut when I was playing Oasis in the barber shop (barbershop concert). I called in the morning to get a shuttle to San Pedro and they said that all was good, there was plenty of space. Like most things when traveling, plans change. They called me during lunch (at 1:30) and said there wasn’t anymore space. Normally, this isn’t a problem because there plenty of shuttles in Antigua. But they all leave at 2:00 . . . I had already made plans to be back in San Pedro with the family and with my school, and I was like “Uh-oh . . . what do I do now?”

Guatemalan life is pretty laid back. Most people are content when plans change because schedules are flexible. There isn’t always a rigid adherence to set plans or schedules, like in America. I felt compelled to see if there was another shuttle, and a little guilty for being so proactive, because in some ways I could really just relax in Antigua and spend another day there. Still, I believe that I should be proactive in my decisions, and I was planning on eating dinner with my family that night.

So Shane and I finished our lunch and headed out the door. Determined to find another shuttle, we walked briskly toward the central park. On our way we stopped at one agency – no more shuttles. We stopped at another, and apparently they were eating lunch and couldn’t help us. (I didn’t understand why eating a sandwich prevented them from getting me a ticket but it was clear they couldn’t help me, so Shane and I continued on). Maybe there was a shuttle leaving late, maybe there was one to Panachel?

We crossed into the central park and I was headed to the same agency that I called that morning. Just then, I spotted a shuttle. “Wait, a second I think I know that shuttle . . .” I ran up to the shuttle which had just picked up a passenger and was started to accelerate and I asked them to stop (hehe). 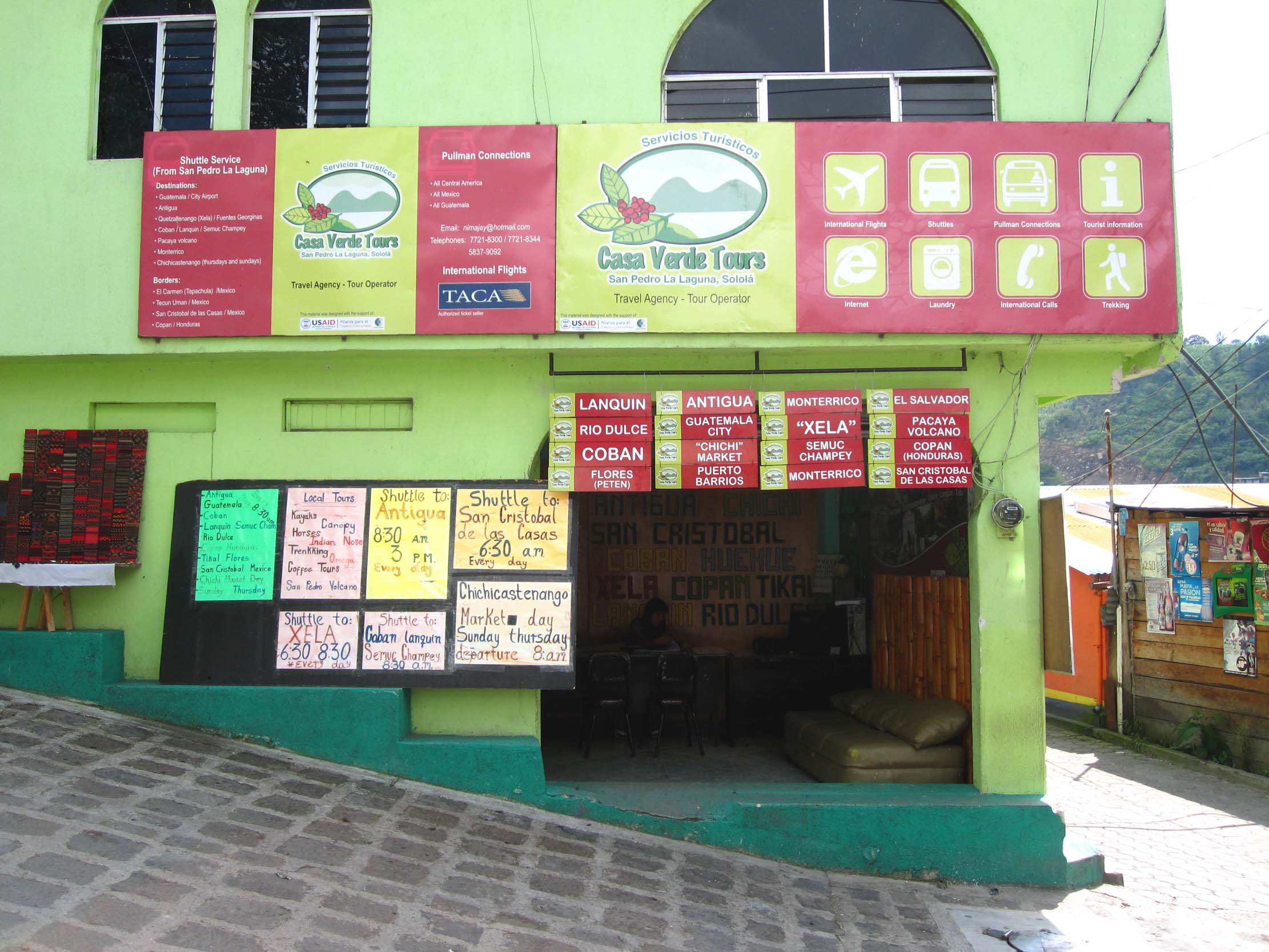 “Are you all going to San Pedro?”

“Yes, get in the shuttle, we’ll take you to get your luggage.”

Normally, I don’t jump in random shuttles, but I recognized both of these guys, and there was already a female in the van. I’ve taken shuttles with them to Antigua and Chichicastenango and this time, I had a whole seat to myself. It was the Casa Verde Tour Agency of San Pedro!

I brought Shane along because he knew how to get back to his house. He was equally amazed that we found a shuttle. They dropped us off at our house and I ran inside to get my luggage. We tossed it in the back, and the shuttle continued picking up three more people. In 15 minutes we were on our way to San Pedro.

I laughed to myself as we moved into the countryside.

“Sometimes, the last shuttle to San Pedro is when you decide it is.”