I breathed a sigh of relief when I got through security at the Guatemalan airport to come back to the States. It wasn’t that I was concerned that they would find  anything illegal or hassle me about some souvenirs that I was trying to bring back; it’s that I just don’t like the fuss and invasiveness of the process. Strangely, there were only a few people in line, and the procedures were brief. The security attendant only wanted to look in my bag of toiletries. Despite having an electric toothbrush that really looks like a weapon, she chose to interrogate me about the small fingernail file that I always travel with and I never have a problem with security, because the blade is a meager 1.5 inches. 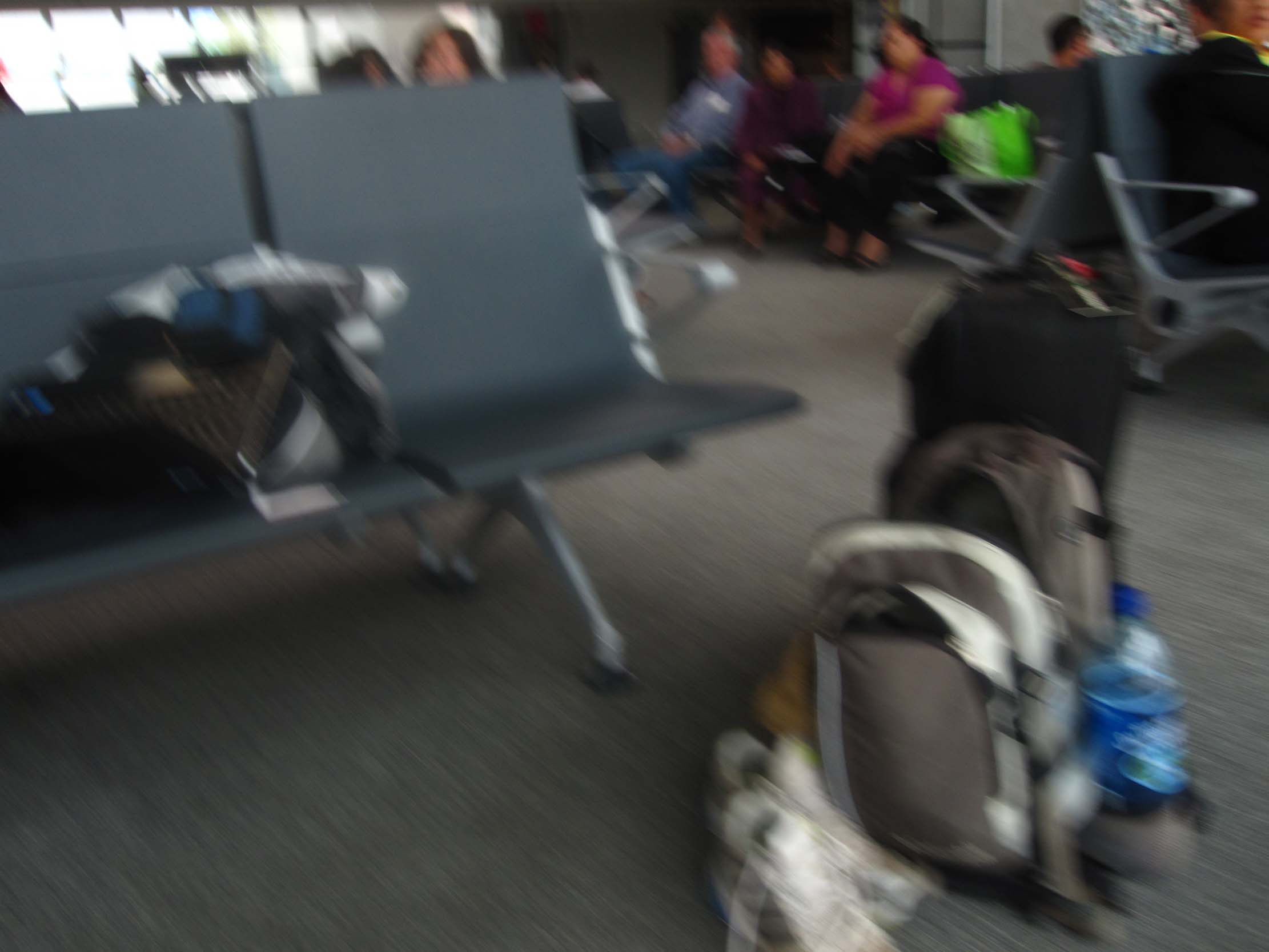 Still, she called for assistance and then there were 2 more people inspecting the weapon. I told her that it wasn’t important to me, but I didn’t think it was a big deal. I had traveled with it from the United States and to Mexico without a problem so it seemed fair to let me leave the country with it. Fully aware that this conversation wasn’t necessary, I persisted, because I was feeling comfortable with my Spanish and wanted a challenge. The other attendant said with a smile, “While they may have let you travel with it in Mexico, our security is better in Guatemala.” I responded with “Well, of course!” and grinned back at her. After that exchange I was on my way to the gate. 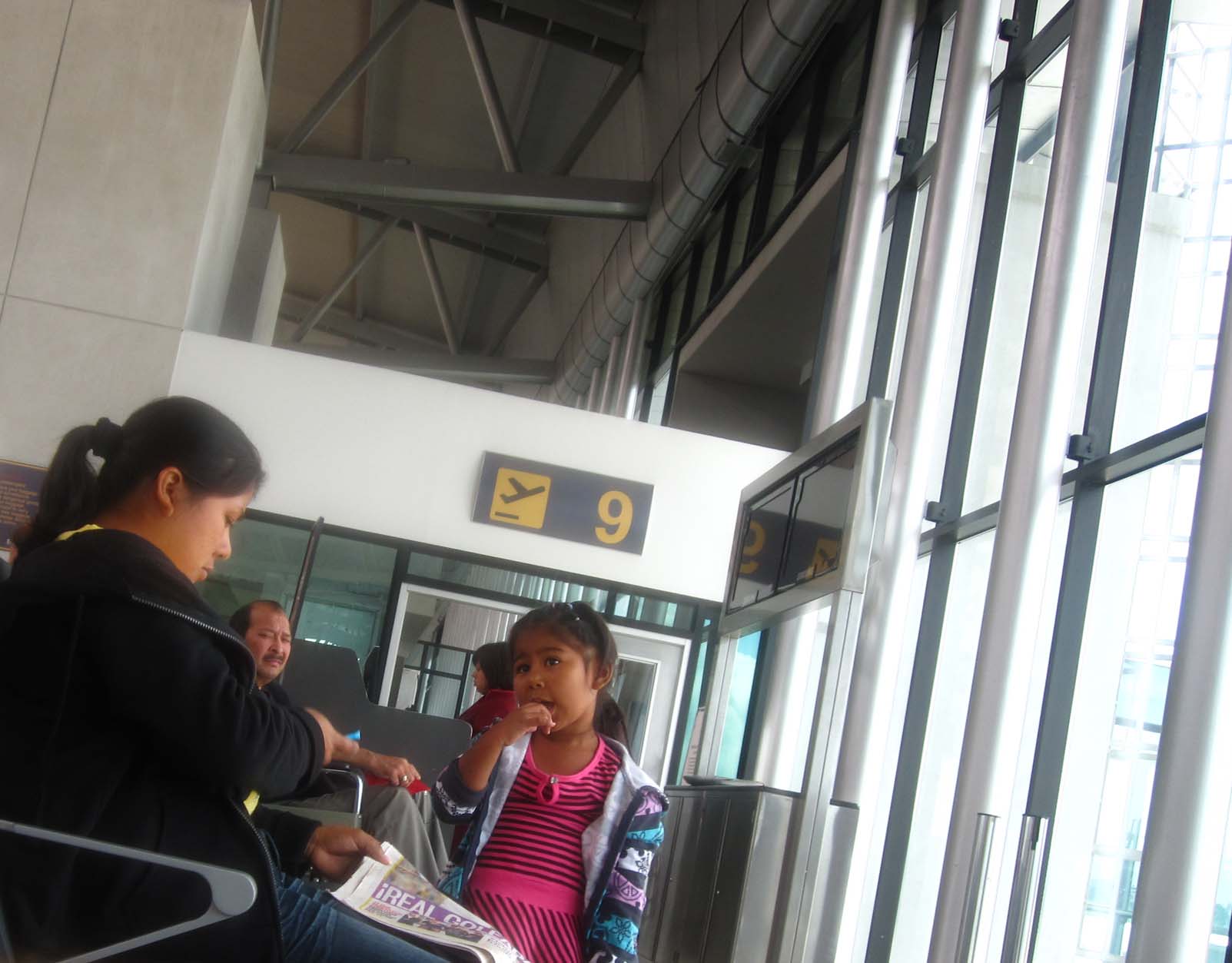 So I found my gate and sat down and reflected on how it felt good to have order and procedure and red tape. Often, I lament about the rules and silly procedures that slow us down, but this time, the whole process gave me a sentiment that felt like home.  I was now sitting in air conditioning, typing on my computer next to the business passengers, and after finishing a Subway sandwich, I was comfortable. 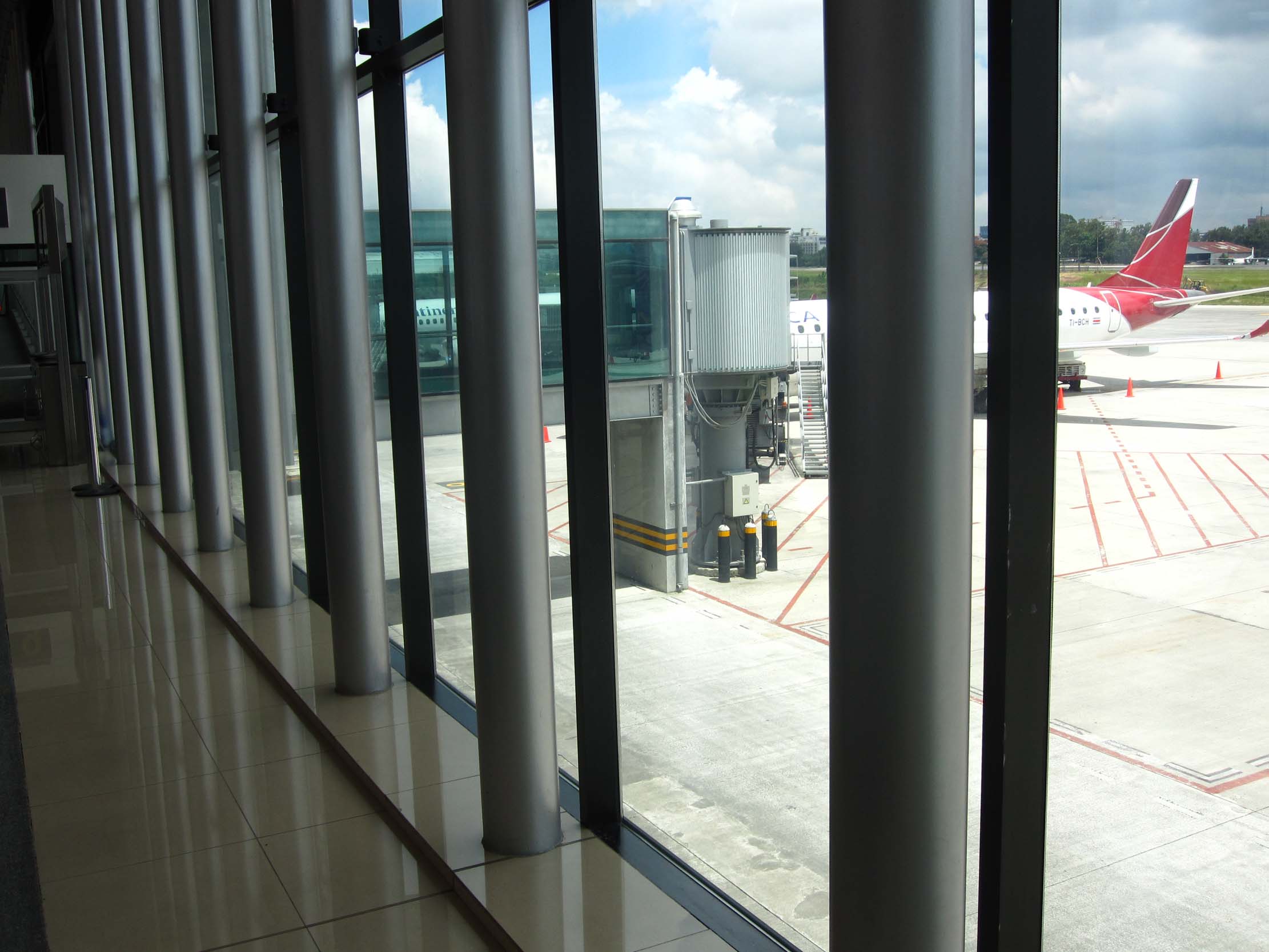 My thoughts returned back to San Pedro La Laguna, and the family that I stayed with. I’m not sure they’ve ever taken a flight, and being that it takes four hours to get here, they’ve probably never even been to the airport. People they know are local, there’s no need to travel. I began thinking that this entire situation, this airport, the forms, the queues, the security, all of it would make them feel really uncomfortable. Even being near Guatemala City makes them feel uncomfortable, but for me, the city, and this airport makes me feel like I’m back on track, back to the life I really live. 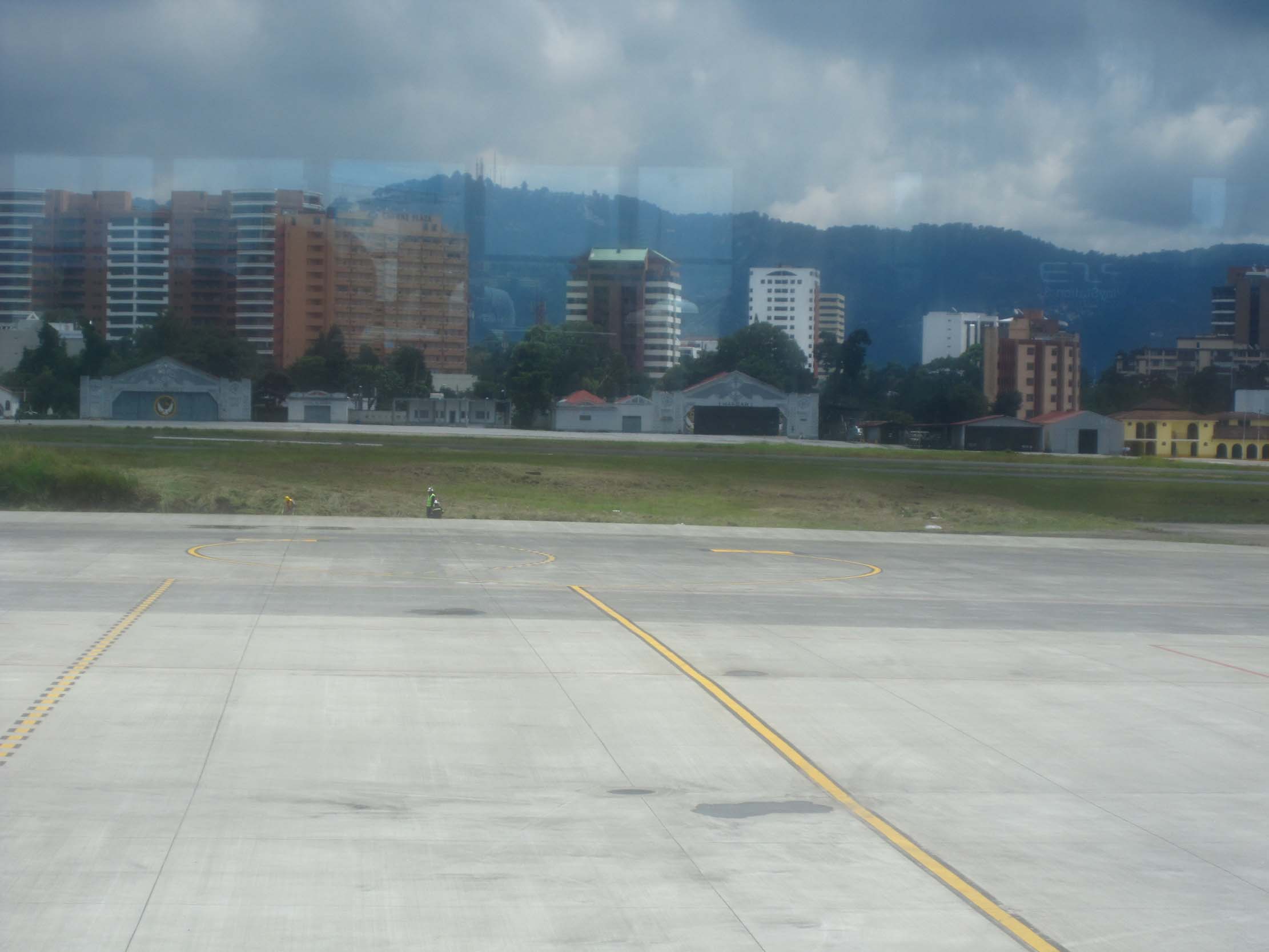 It’s strange to think how the same situation can be so calming to one person and so frightening to another. I realize that I live in a world of polished metal, large glass windows, conditioned air, new clothes, perfumes, computers, and seats that were replaced just last year. I consider these things valuable, but does that mean that the rusted metal, small windows, second-hand clothes, old televisions and well-worn seats aren’t? How exactly can I compare these two worlds? Should I? 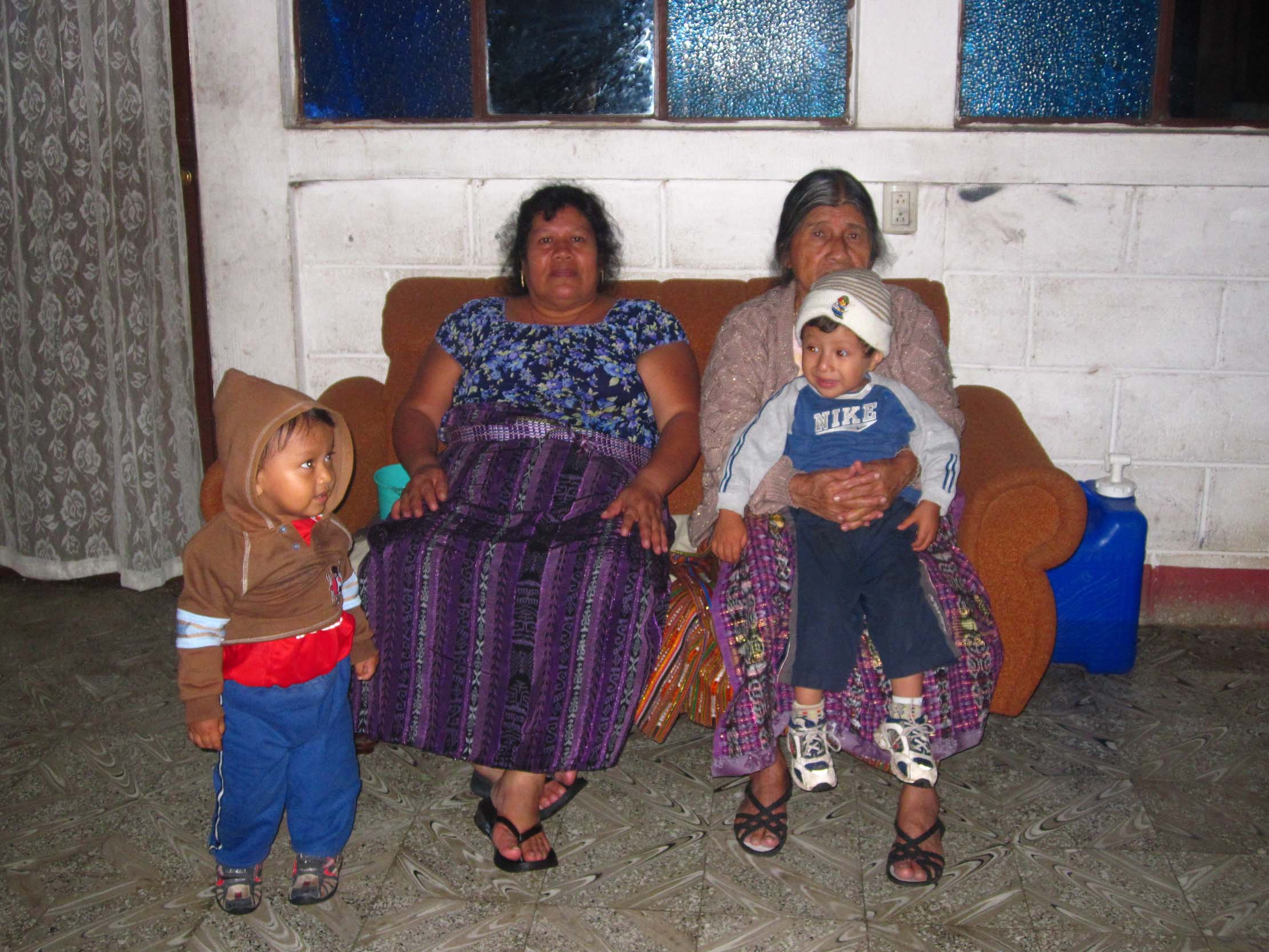 While the internal debate continues, I think back to yesterday, how Lolita ran to the shuttle pickup to make sure she was able to say goodbye and then Tiny Hector’s mom brought him and his sister, Thelmita to wait, with me. Thelmita was so shy as I was leaving, and wouldn’t look at me. I kneeled down to say goodbye, she smiled and leaned forward to give me a hug and said, “See you soon, Aarrrrrooonn.” 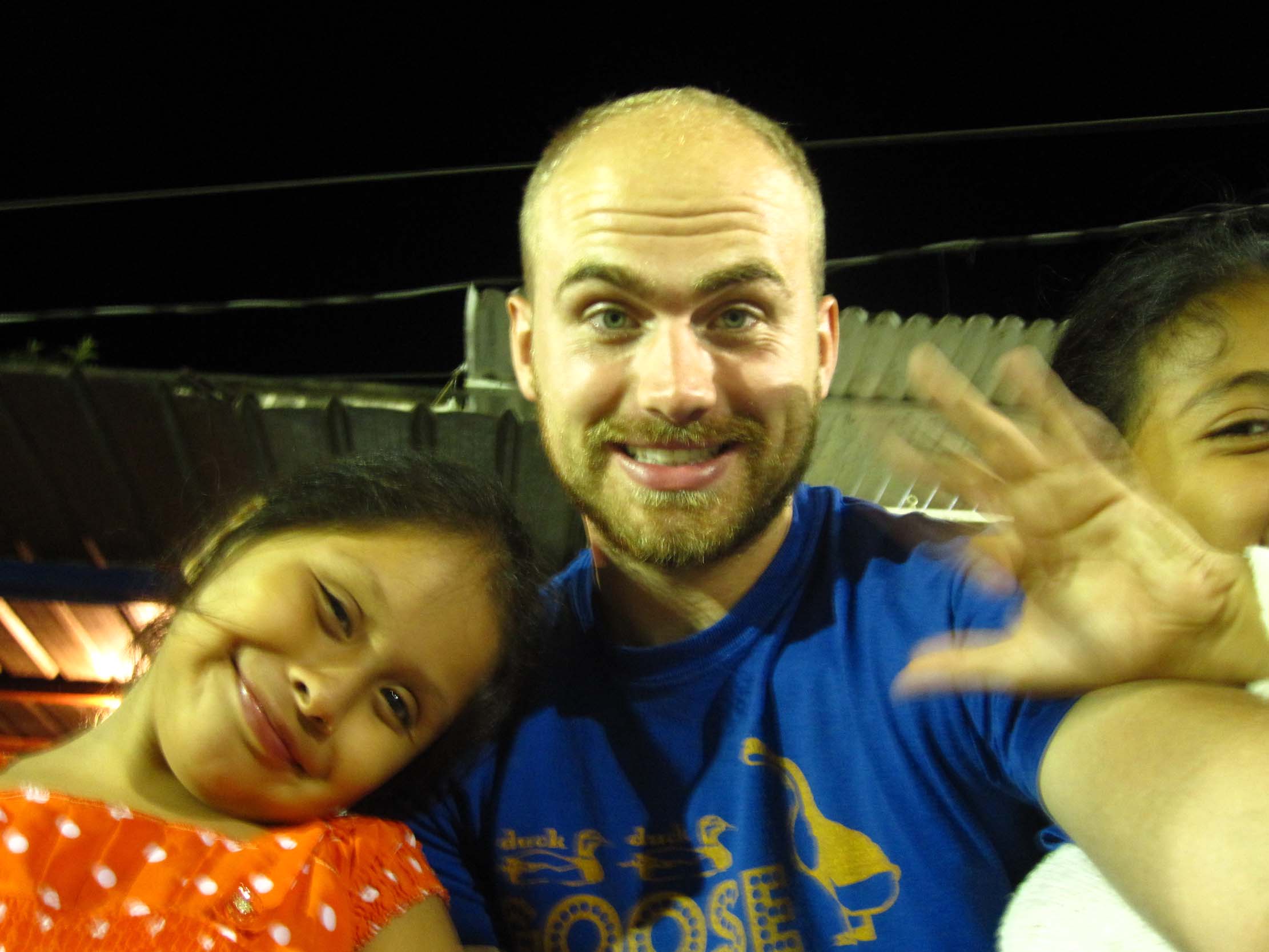 Even in a world of shiny things, sometimes the best things can’t be bought.