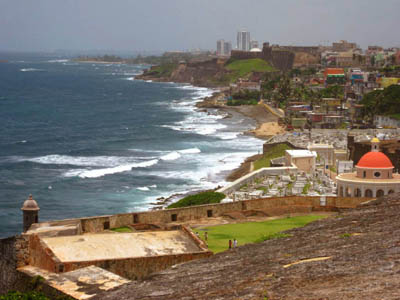 In movies or books, foreshadowing is a plot device used to introduce or hint at  something early in the story that will become much more important later on. It hit me recently, this was exactly what happened to me 13 years ago. I was on a Carribean just East of here, but under  much different circumstances.

I had just finished my freshman year of high school and Spanish 101 (for beginners). At that time, I was not really equipped to speak Spanish, nor at the speed of the Puerto Ricans (currently, this is still a pending question). A group of youth from my church, Linville Creek, went to Castaner, Puerto Rico to do a two week workcamp with the local Church of the Brethren congregation. That trip was the longest and I had ever been gone from home, and certainly it was the farthest.

I remember a lot of things from that two week adventure. Puerto Rico was a beautiful island, with lush jungles, windy mountain roads, and breathtaking views. Too much of that viewing got me car-sick on a 5 hour trip to the city of Arecibo. Luckily, we made a stop on the side of the road to purchase fresh mangoes. Someone had just picked them from the tree. Before that, I had never liked the taste of mango, now I’m slightly in love with it. This was much like my experience a few days prior to the mango when a guy showed us how to open a coconut, because before that, I had never liked coconut. Continuing on in the gastrointestinal journey, I ate too many delicious desserts from a local panaderia and got incredibly sick later on that evening. There’s nothing quite like being 15 and feel like you’re knocking on death’s door a few thousand miles from home. Of course, It probably wasn’t grave, and true to common traveler’s wisdom, I didn’t buy anything else from that panaderia. 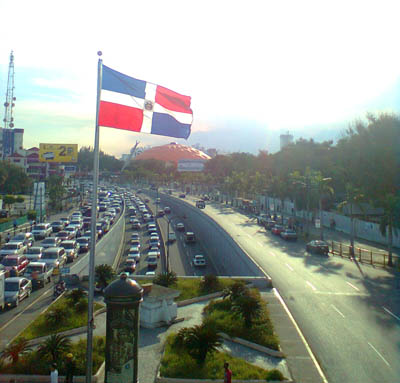 As a teenager, I remember that every young woman I met was probably the most beautiful woman I had ever seen. I was pretty shy though, so I’m pretty sure had I been able to speak Spanish, I wouldn’t have talked too much. However, if you were the girl that wanted to talk to me by translating through your semi-bilingual friend from the Castaner Church Youth Group, buscame en facebook, por favor. Ya, sabemos que ha sido demasiado tiempo sin vernos y me encantaria tomar un cafecito contigo.

Besides the random musings of a teenager on his first trip outside the states, one experience did stand out to me during that time, and I can still remember it vividly. Our last few days in country we spent in and around the capital, San Juan. We spent some time in a Brethren Volunteer Service community located in a rough neighborhood called Caimito. I distinctly remember feeling uneasy walking around the community, where they said unemployment was just above 50%. Yet the 20-somethings had no problem walking around feeling at ease, and clearly had made friends with the locals. These young adults seemed to wield a rugged and versatile maturity in a new culture and weren’t jarred or shocked by the dangerous ghetto that they lived in.

I was desperately home sick and had just taken a nap from a long day. I awoke to the sounds of a nearby corner store playing a song, “She’s All I Ever Had,”  which was popular in the States at the same time. Nostalgia flooded my mind. I just wanted safety, clean water, country roads, and to look out of window that didn’t have iron bars. I remember feeling incredibly alone, and being the farthest from home I’d ever been; the solitude was crushing. 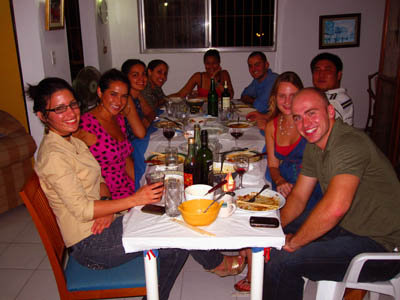 Just then, I heard a knock on the door, one of the 20-somethings invited all the young guys along with them to dinner at a local restaurant. Instantly, the solitude vanished, and I was connected again to people I knew. I felt like I’d been released from that emotional prison. But, the question still remained for me, “How can you live in such a strange, unfamiliar place, where you don’t speak the language, it’s dangerous, and you have constant reminders from home trying to pull you back.”

So I asked one of the older volunteers how they did it, “. . . Believe me man, once you get some time on the ground and know a little more Spanish, you get used to it, and you start to like it. That’s just how it works.”

And here I am, 13 years later, I’ve got some time on the ground, I know a little (a lot) more Spanish, I’ve got friends, I’ve got a community, and I’m used to it. I guess that’s just how it works.