Albert always carried a handkerchief with him in his back pocket that he used to wipe his forehead when he worked doing construction. He didn’t understand why people didn’t carry handkerchiefs with them anymore. They were so useful he’d say, and I remember him wanting to give each of his grandchildren one of these practical gifts – new ones of course. He didn’t like how we would throw Kleenex tissues away so easily, it seemed like such a waste to him. He was a man of reason, a practical thinker, a “I can probably fix-it so don’t throw it away” kind of guy.

Six years ago after his funeral we spent some time cleaning out his old home office. To me, it was fascinating to see how he arranged his work, and his specific manner of workflow. There were folders for business, for school, for family, for woodworking projects, and for church. Everything had its proper place and purpose, and he had a daily routine that he kept to. I even remember the date had been updated in the morning on the last day he was alive. 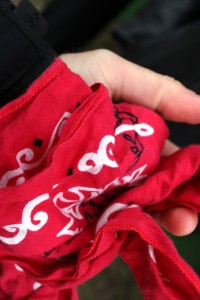 Even until his last days he stuck to the discipline with all the matters and materials of daily life. One thing that sticks with me is that he never took anything with him when he passed on, all his possessions stayed there at the house. Keeping track of my own possessions the past two years has been mediated by baggage requirements: one carry one, and one checked baggage, and yet, I still realize, you can’t take anything with you traveling heavenwards.

I took a handkerchief from Grandpa’s desk six years ago, and I put it on my desk at home. Two years ago when I left the States, I put it in my backpack. It was a simple reminder of the practicality of my grandpa, and of my grandmother, both lived through the days of rationing during the Second World War. It was hot and humid in every single country I’ve visited, perfect for wiping the brow just like grandpa did in construction, but I know the reason I kept that handkerchief with me is that it reminded me of home, of a solid family, of grandparents that cared about me and loved to hear from me.

Next to grandpa’s desk were a few shoes neatly arranged and recently polished. Mom said, “You know when we were growing up, Albert used to have holes in his shoes because he spent the money on us. Over time, he could afford to have nicer shoes, leather, with sturdy soles that could be easily repaired and last a long time.” I tried on a pair to see if they fit. They did. 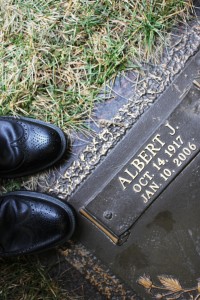 My parents packed the dress shoes I asked them to bring along for the funeral. I had kept the sturdy ones that fit well, and used them from time to time in the past six years. I had kept Grandpa’s handkerchief with me in my backpack and then at my desk in Santo Domingo. I stuck it back in the pocket of my backpack on the trip home. Arriving to the funeral, I had Albert’s shoes and handkerchief.

I remember carrying my grandfather as he carried me. I carried his handkerchief with me on all my travels, and I kept it in my pocket Monday morning.

I carried my grandmother as she carried me, one hand on the casket bar, the other holding the handkerchief grandpa gave me.

I don’t know why I do stuff like this. If you ask people that really know me, they’ll tell you that I’m a person who likes to carry out a movement or a tradition so that it in some ways connects to its origin. I’ve done it with the houses I’ve lived in, the campus of W&M, and the bridges of Richmond, VA and so on.

Helen was being laid to rest next to Albert, something she had wanted for six years, and as I stood on the edge of the grave, I realized, strangely, that it was like I was bringing Albert’s belongings back to him, as if to prove to him that I was a good and faithful servant. Thousands of miles I brought them back to the origin. Wouldn’t he be so proud?

But I know, and I know he would have told me, that he never wanted them returned, he just wanted to see how far they would travel.

I think that’s how Albert and Helen loved their grandchildren, never wanting a permanent deposit, but most certainly a visit, a meal, and stories to see how far they had traveled.

With tears stinging my face on a cold January Monday morning, I took out his handkerchief and wiped my eyes, and put it back in my pocket; I still had plenty more miles to travel . . . 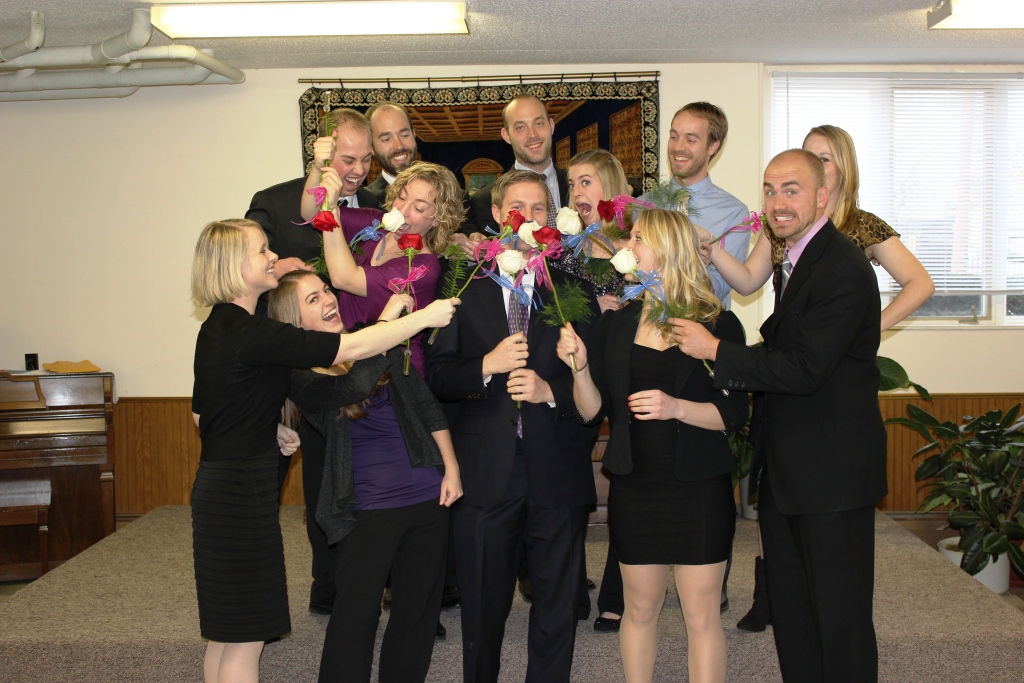