You know when you were little and you were so excited that it felt like you were weightless? Had a helicopter spotted me on Saturday night, they would have seen a young white male galloping as fast as my little legs could carry me across shore bank to get a better photo. Yulia was giving birth.

Well, that’s the name that Steven and Freddy gave her when I asked.

Initially, I was strolling across the beach adding more digital memories to my new pacific sunset obsession. I saw a young man wave his arms toward me. I speak Spanish, but not Spanish arm signals. I couldn’t figure out what he was saying. I guess I missed the 50 pound sea turtle eight feet in front of them making her way up the bank. 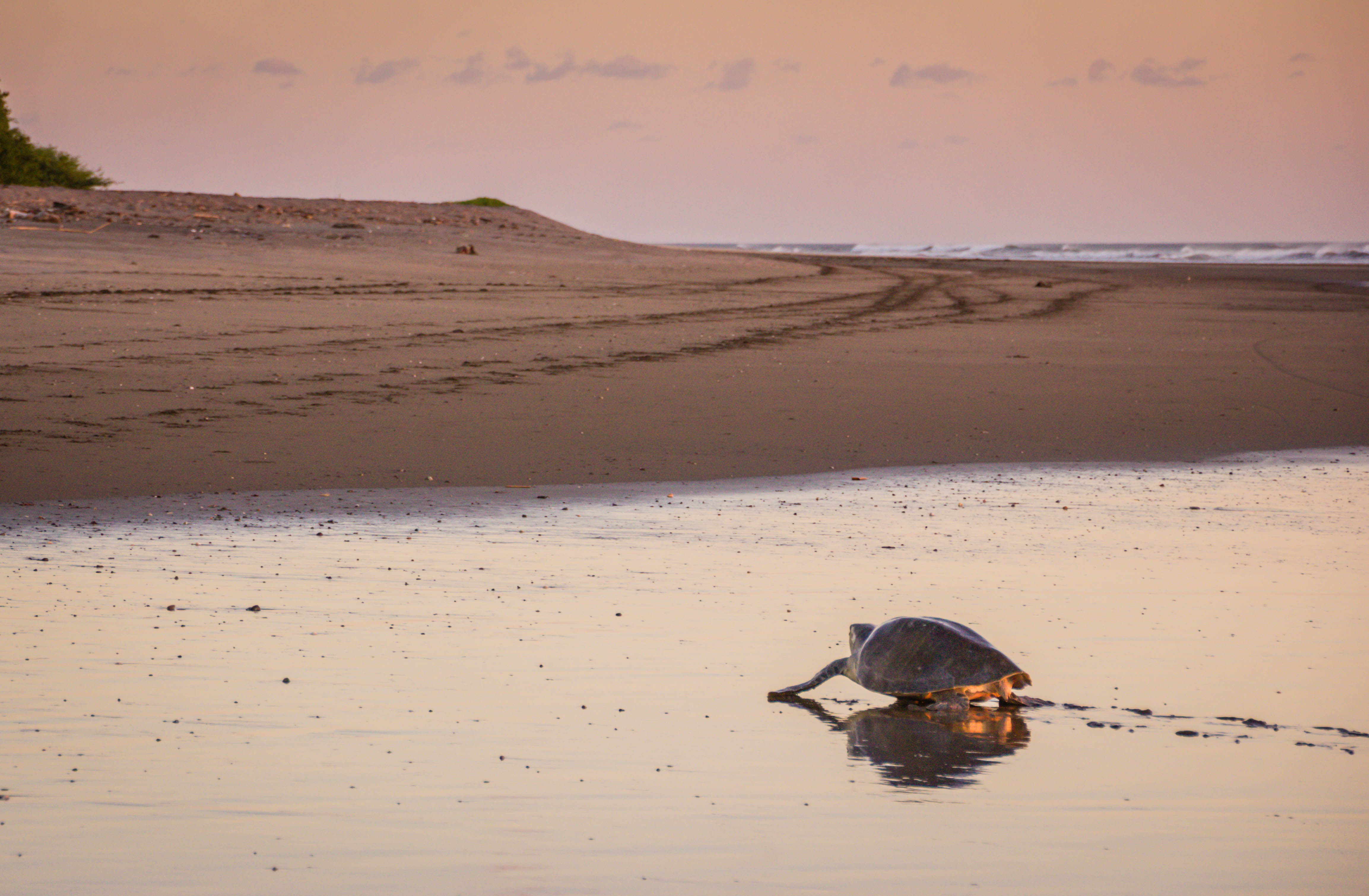 Freddy runs up to me and says, “Don’t go towards her, you’ll scare her off and she’ll go back into the ocean!” 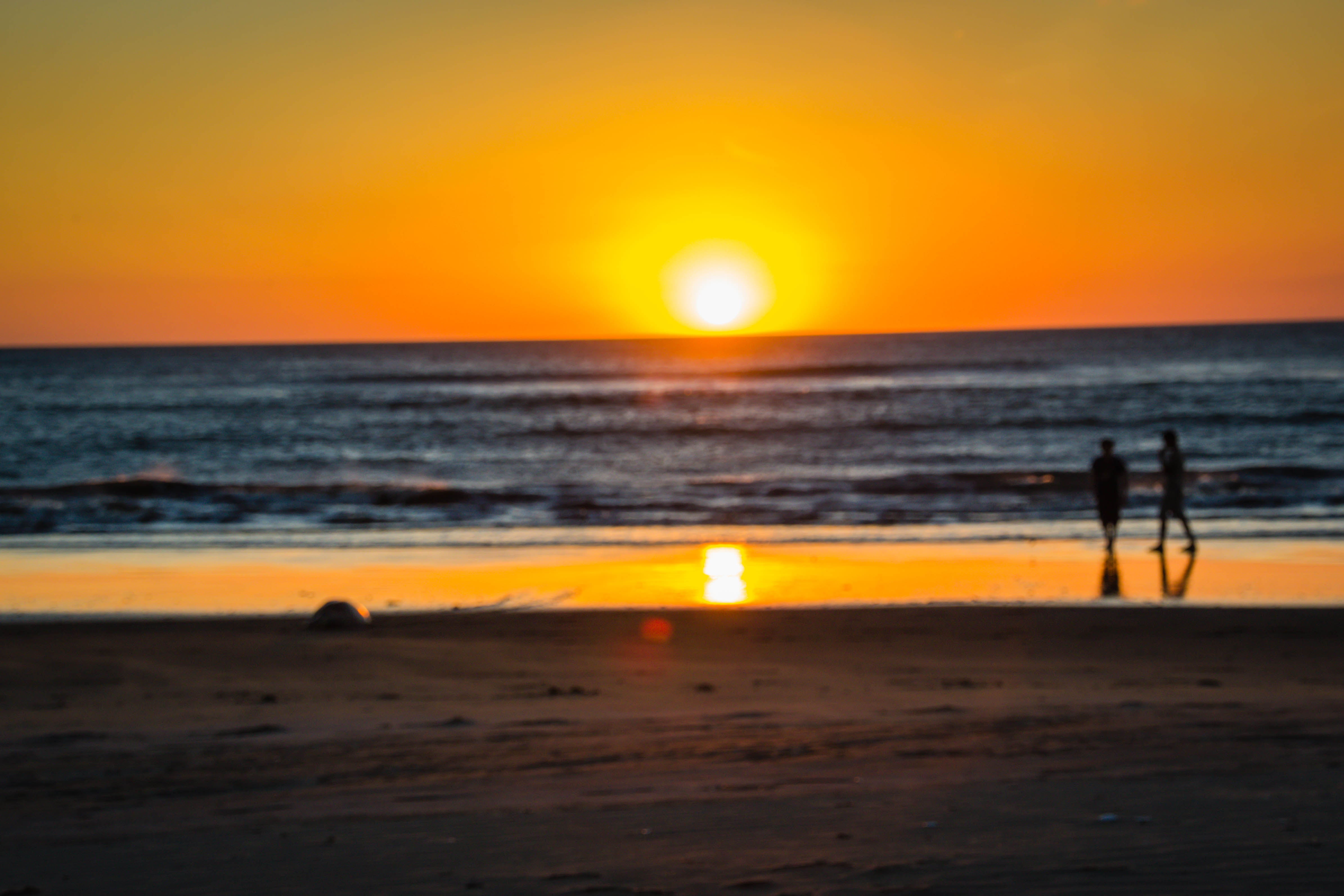 He’s calm. I’m not. I’ve never in my life seen a sea turtle outside of Finding Nemo and there’s a behemoth of a sea creature slowly making her way up to deliver the eggs. As were standing there watching her, it’s then I ask the boys what her name was. They didn’t get the joke. So I explained, and assuredly Steven says, “Yulia.” I mean, I suppose it’s with a “Y” here. You find that a lot in Spanish. From Yenny to Yoseph. Seriously, I”m not yoking. 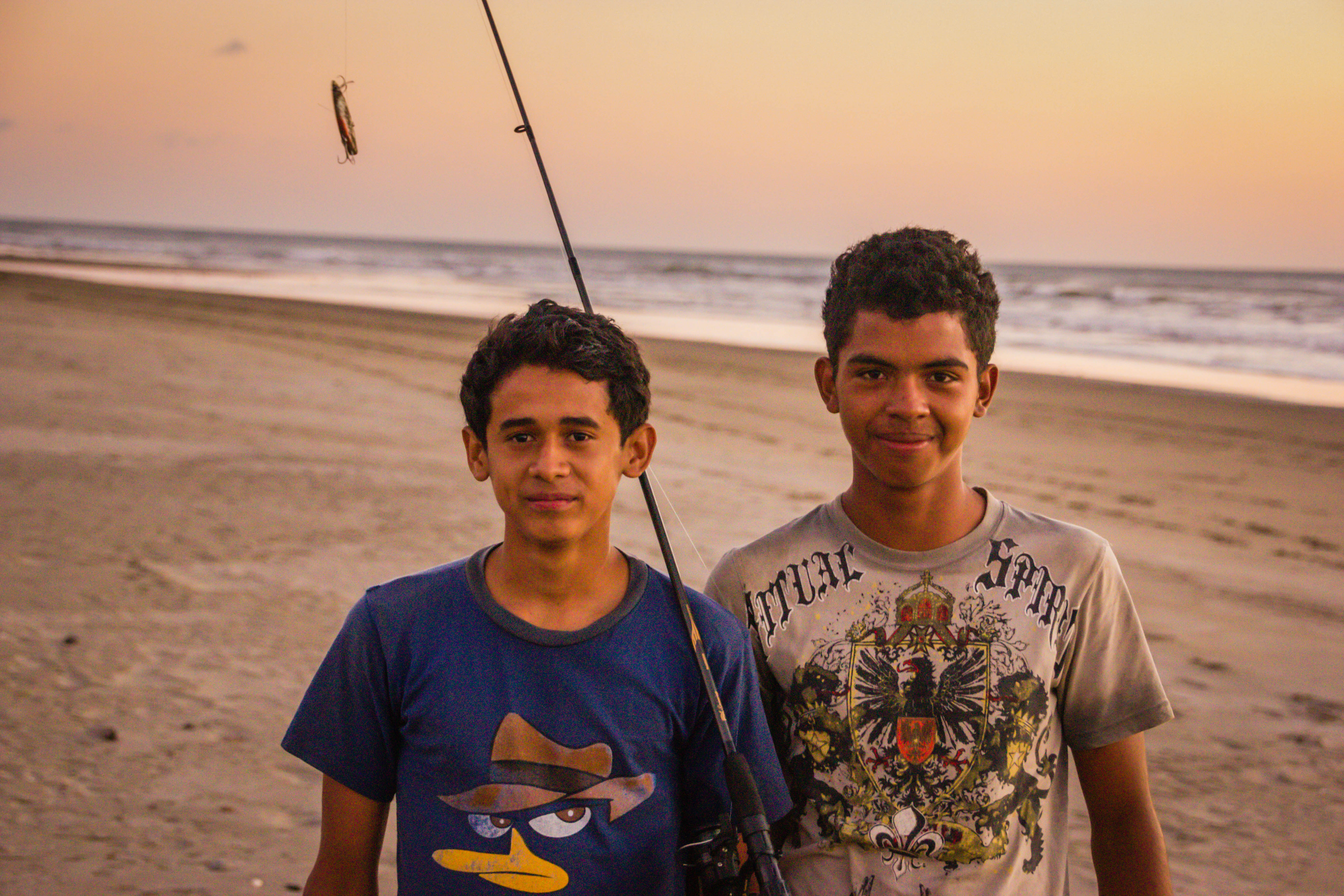 So Yulia is making her way up the beach and I want to get a better shot. I’m not sure who she’s going to let into the delivery room. Usually it’s just family and parents, and as a white dude fresh off the plane, I’m not sure she’s comfortable with me helping her with Lamaze breathing techniques. 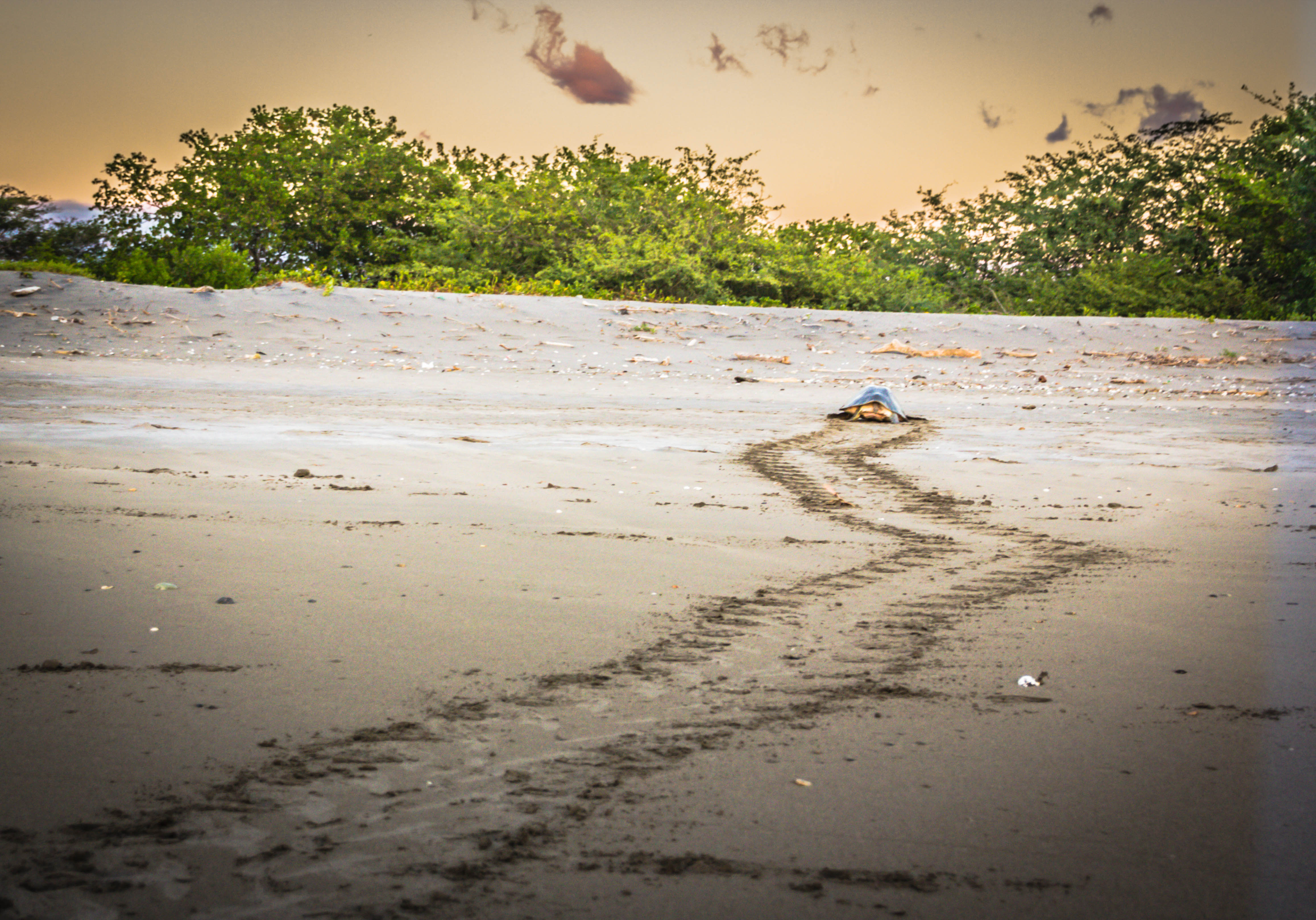 I’ve got to get a better shot. And the boys scream at me to not let her see me, because if she does, she’ll scramble back to the water.

It’s then, that I returned to my glory days of the Ukrops 10K. I mean, I was never good at running 6.2 miles, or should I say, without a costume. When I was Ms. Pacman or pretending to release a curling stone for the RVA Curling Team I finished in 1st and 2nd respectively.

I’m sure those boys had never seen such a ridiculous looking gringo bound through the sunset setting sand making a wide arc as to not disturb the hallways of the labor and delivery ward of Gran Pacifica. 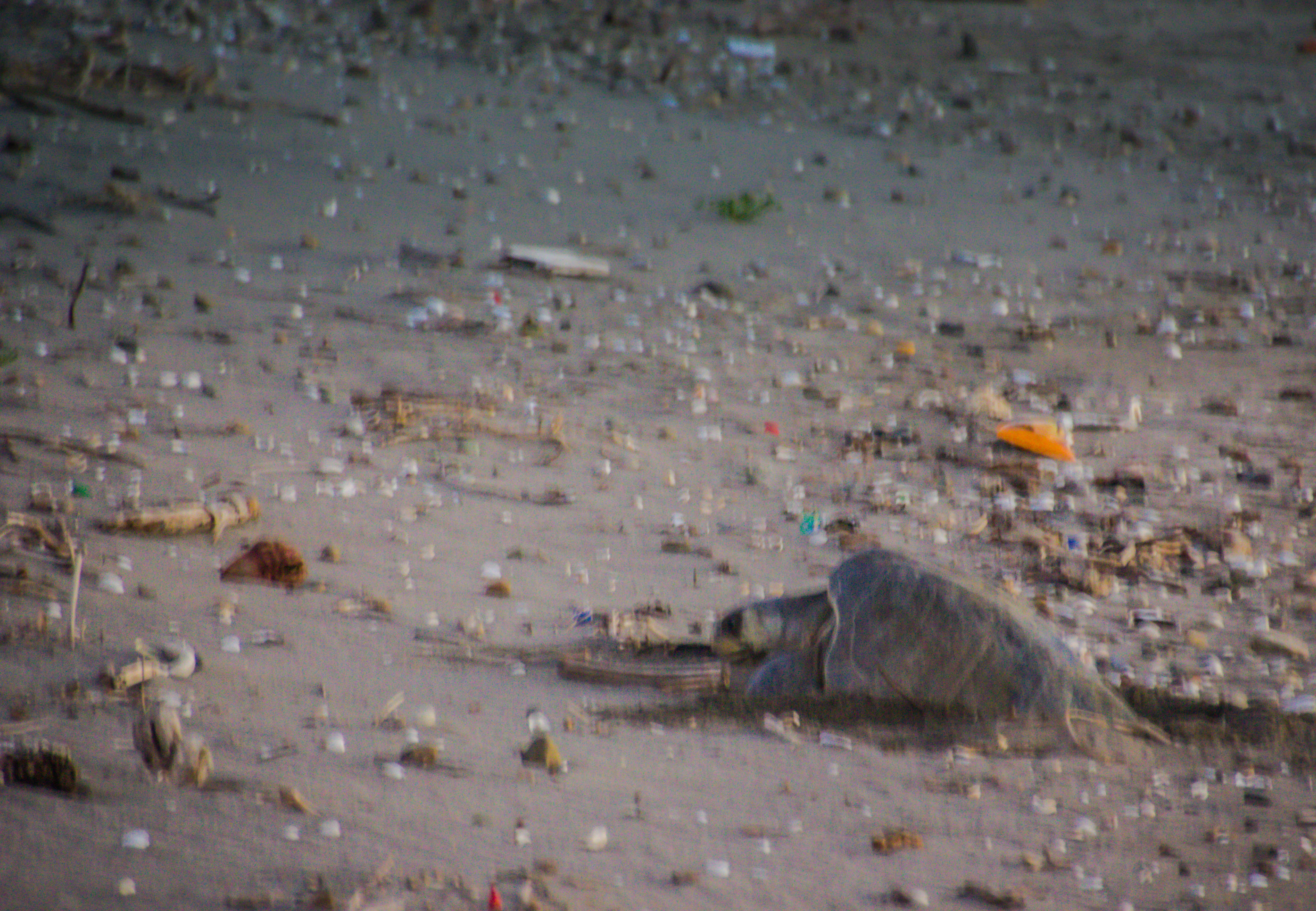 I perched up high on the bank and got some photos of Yulia carving out her nest with her enormous flippers. It was then when I realized that I wasn’t in Kansas anymore. Or Richmond, or Broadway, or most shockingly, I wasn’t in the Dominican Republic where I had called home the past two years.

I was on the pacific coast watching a sea turtle preparing the way for 50 or 60 or who knows how many little ones would be making the journey back to the sea in 40 days from the 20th of January. 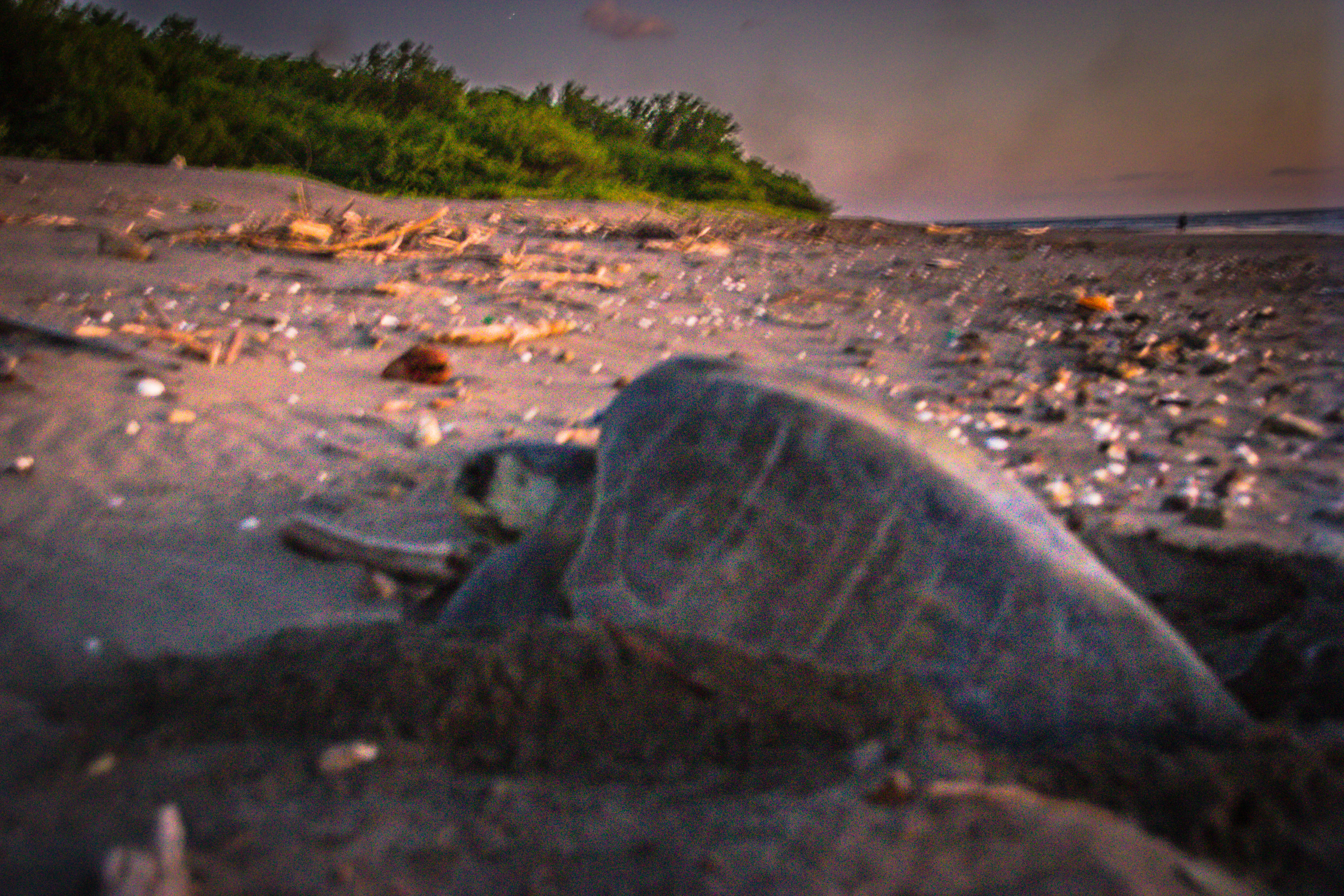 She started dropping the little ones into their resting chamber; I knew because the boys were squealing and shouting at me to come closer.

They let me take one out to look at it. So beautiful next to the sky. 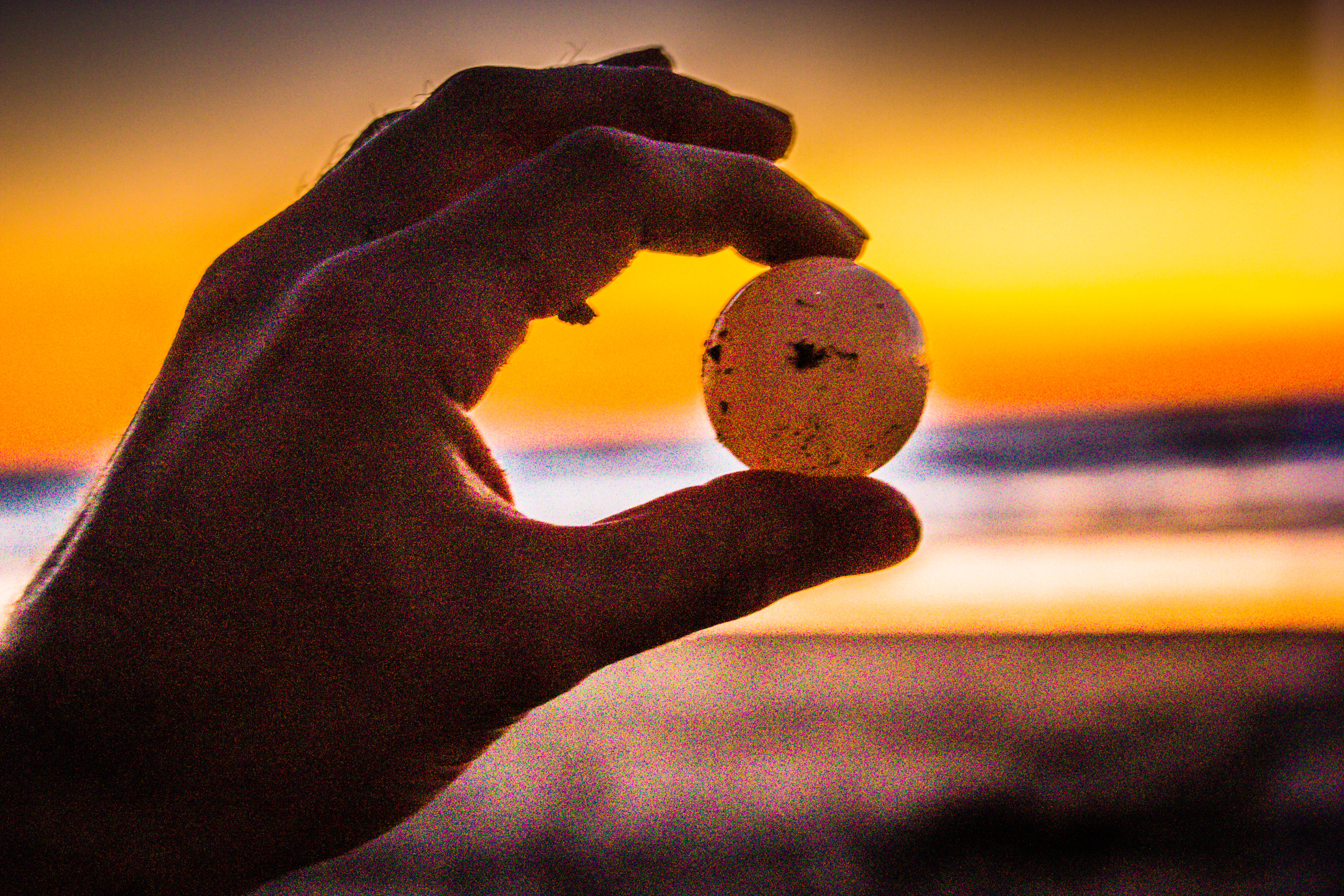 I just sat there. Motionless. Watching Yulia do what she and the rest of her young mothers club do this time of year. She was huge, and didn’t look to be struggling. The boys said I should feel her shell. That it was as hard as armor. I really don’t remember one of the Teenage Mutant Ninja Turtles being female. April was the reporter, but now I know I’d write a petition to Splinter to consider Yulia. She would offer much needed grace and elegance to the quartet. 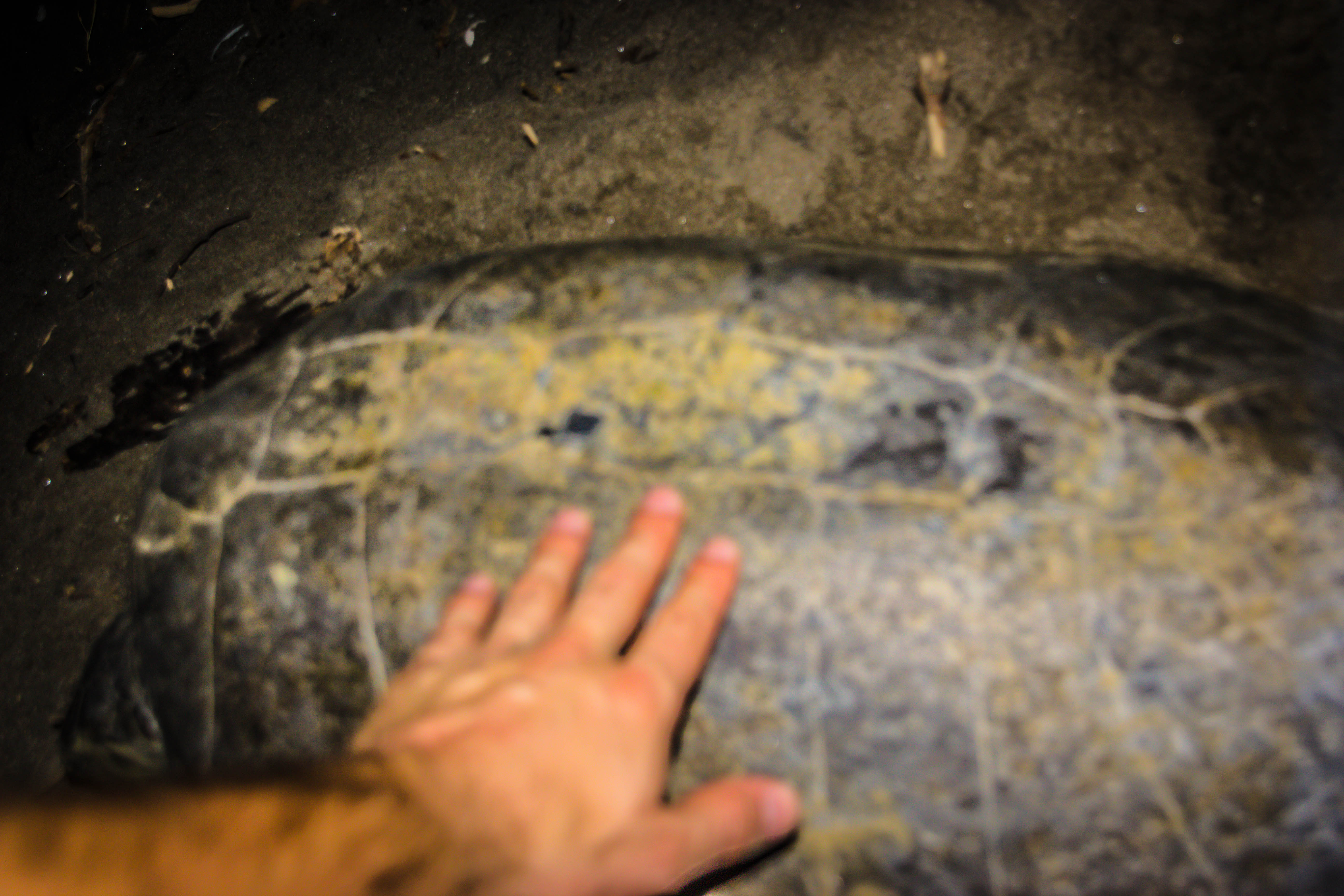 I felt so grounded to the Earth. To witness a sunset. To hang out with two local fisherman. To watch a sea turtle pretend like she didn’t mind the spectators. I looked up and I saw the stars of the sky. 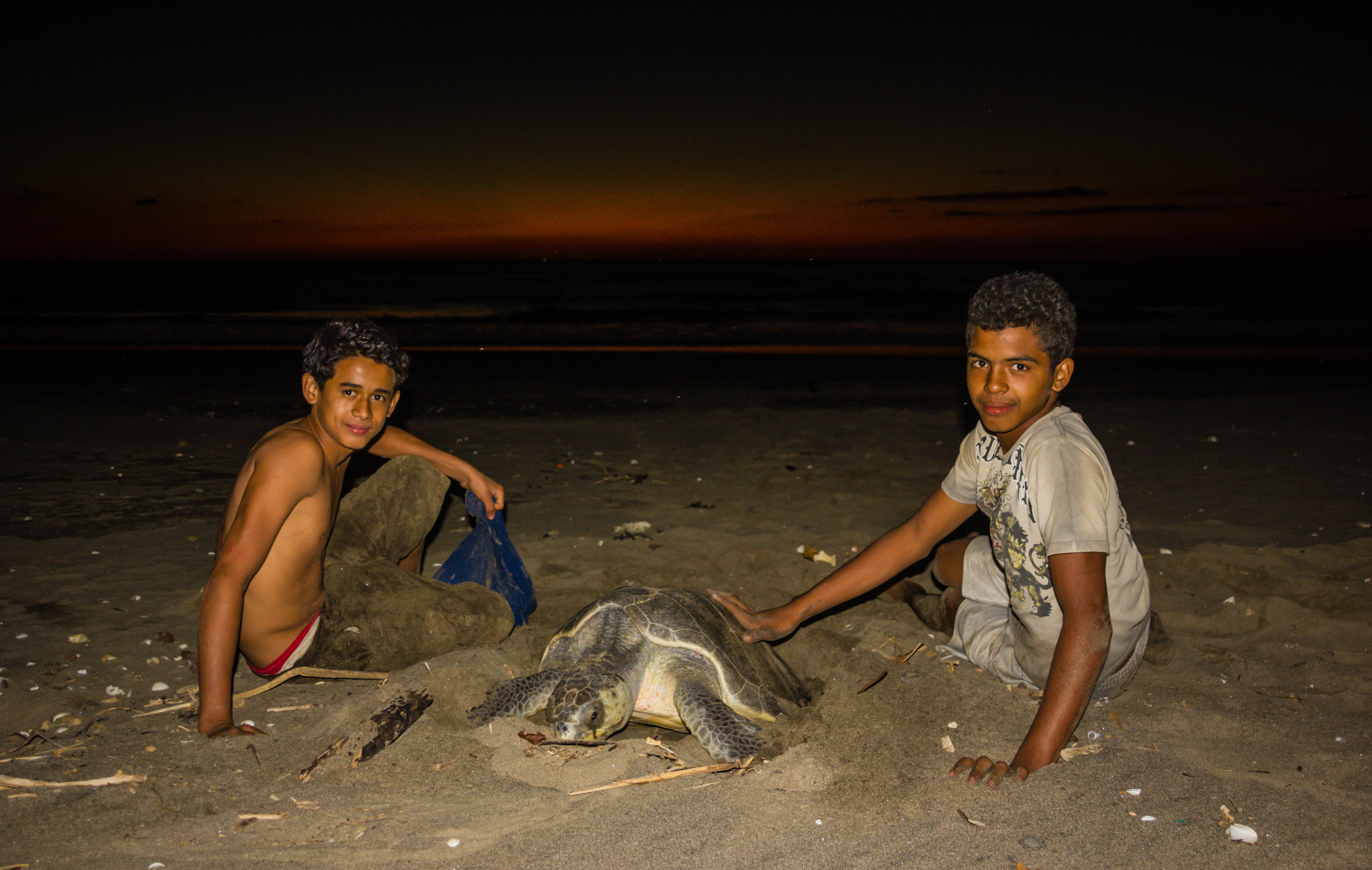 Earth and Heaven and sand and the end of day, the beginning of a journey.

When Yulia was done, the boys thought it customary to return her to the water. I can’t imagine how depleted her strength was, nor how heavy she weighed. The boys squealed again under the weight. I was thinking, “Well, she’s probably a lot lighter now, you know?” They had to set her down to take a break. She kept moving toward the water. They picked her back up and set her back in the cool, calm ocean to take her back home. Steven collapsed in the wet sand. 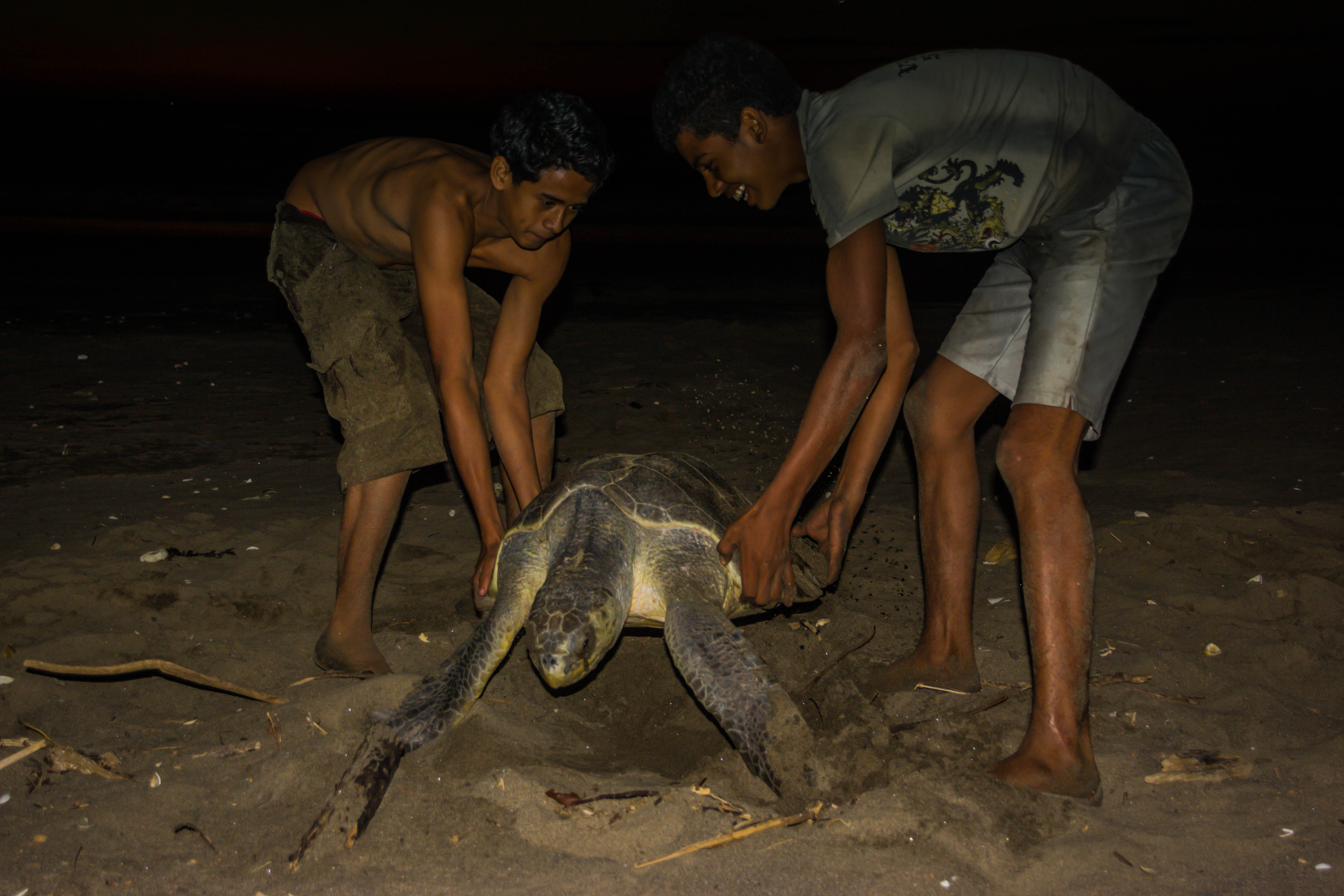 I thanked my new friends for helping me with my first sea turtle birthing experience. I felt like I needed a cigar to celebrate the birth of 60ish sea turtlings. 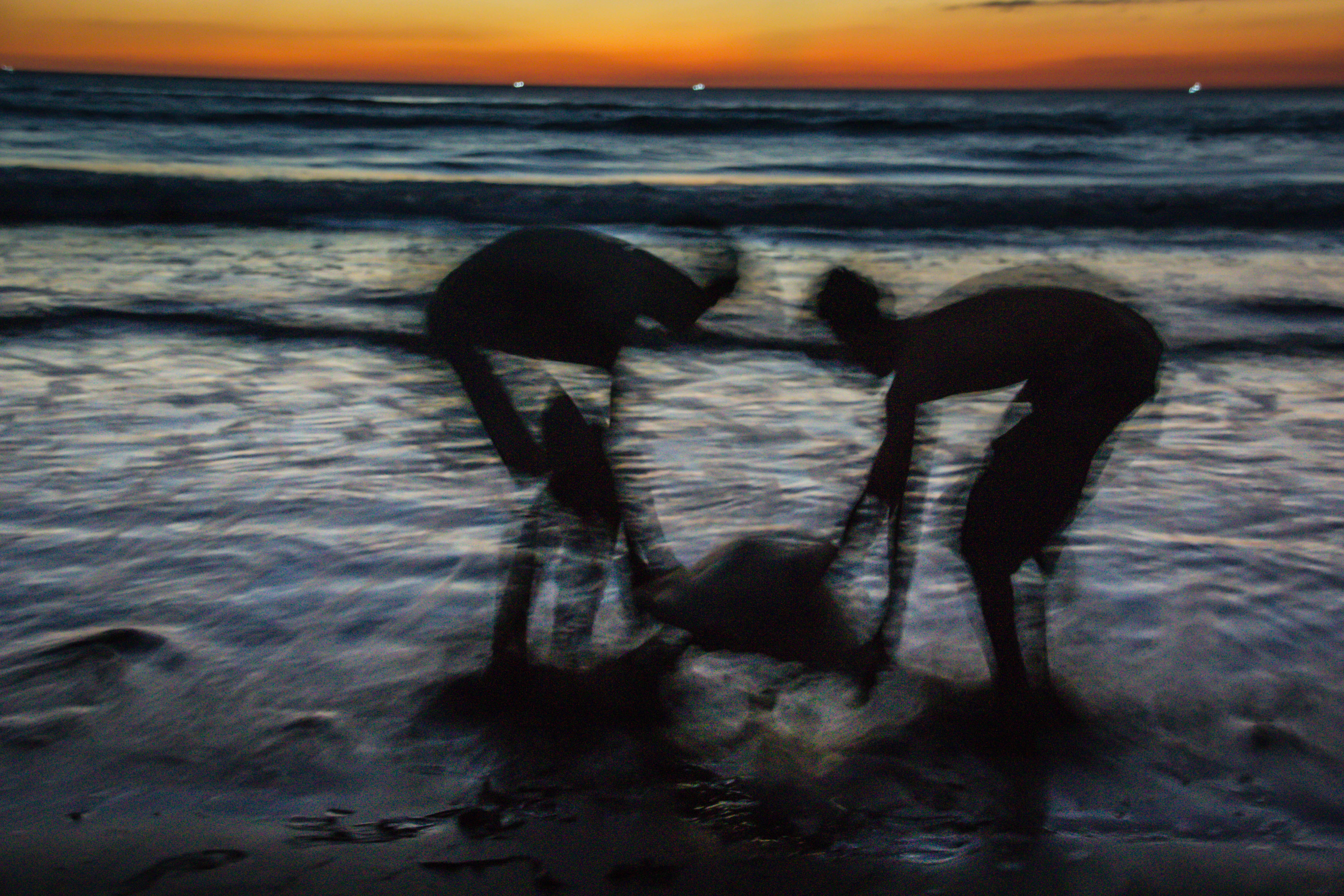 I lingered for awhile. Then slowly walked back to the others. Just trying to take it all in. 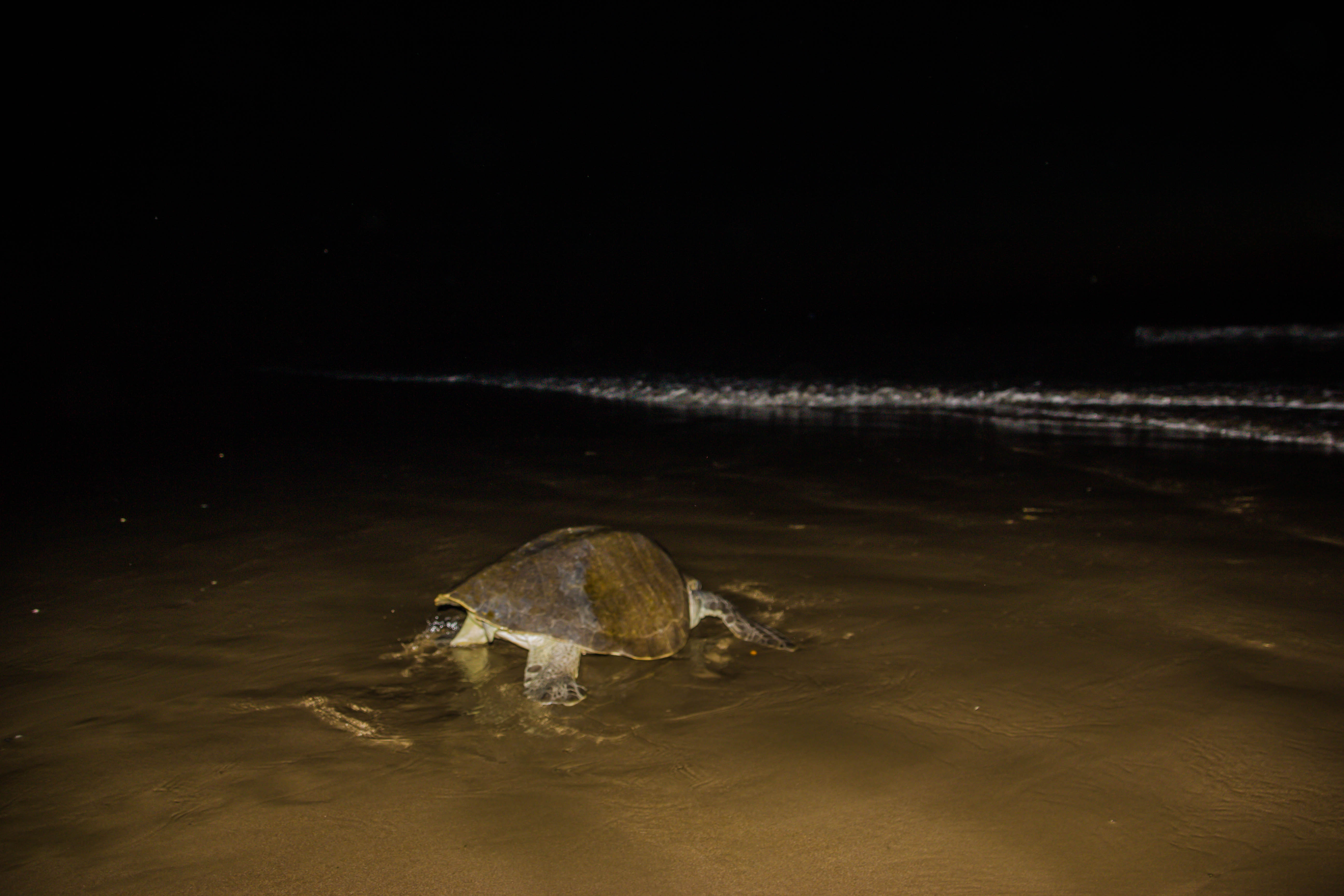 How beautiful life can be, how majestic a turtle, a sunset and the sea. 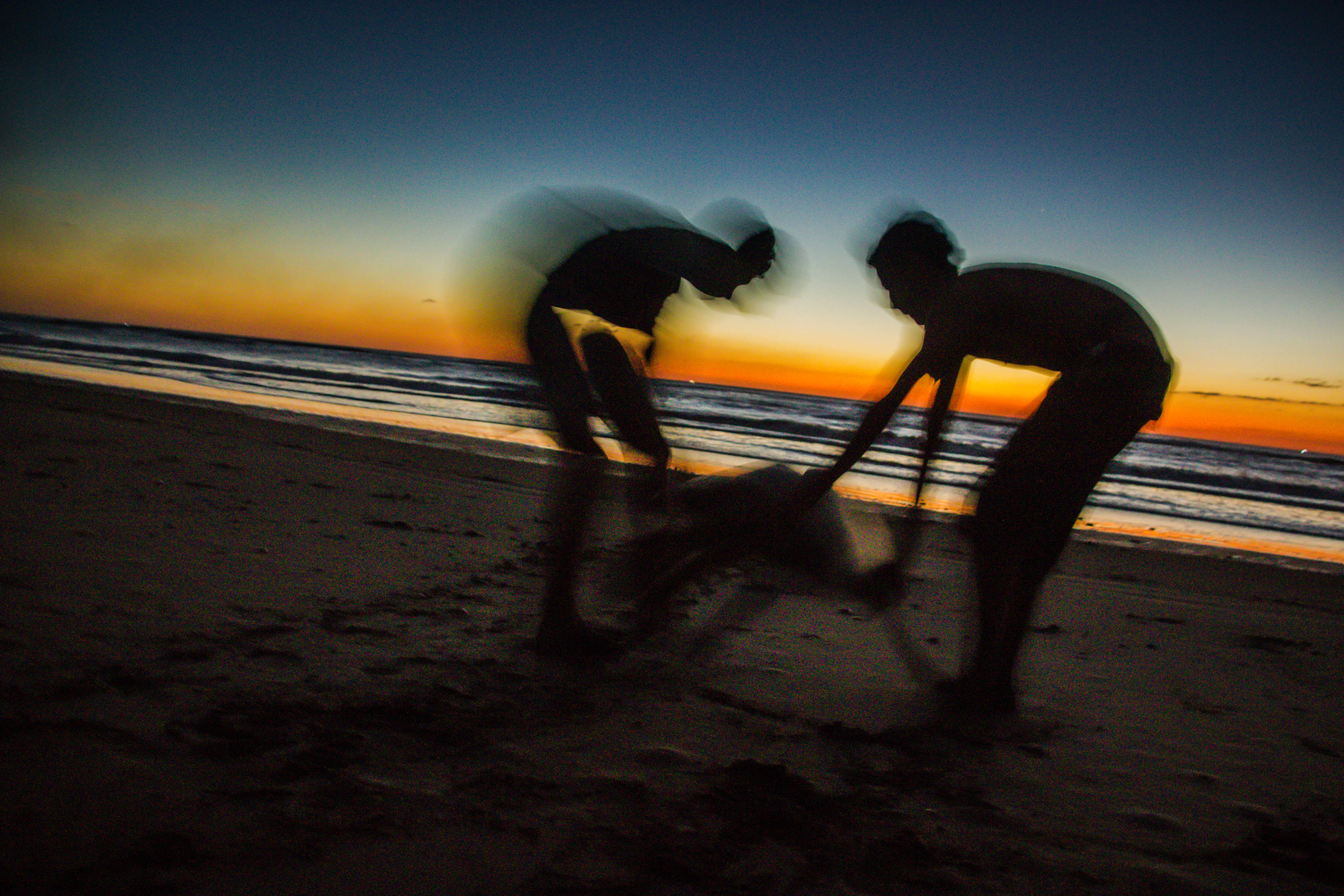