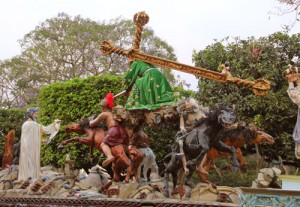 I suppose you can only evade getting robbed or pick-pocketed for so long. For me, it was 2.5 years without a problem. I’ve had to dodge many a sketchy situation and make Irish exits out of plenty of street conversations, and even more conniving, pretend that I don’t know either English or Spanish. Just now, as I write this, I’m reminded that just 2 hours ago some guy was talking to me saying “Hey friend, friend! Listen, wait a second.” I just breezed on by. Why? I don’t know him, and if he really needs help or directions, there are loads of Peruvians nearby that can attend to him.

Anyway, to make a long, fairly uninteresting story short, somebody stole my wallet at a Jesus parade. I’d like to say that I made a donation to the Catholic church so I feel better about the episode when I look back. 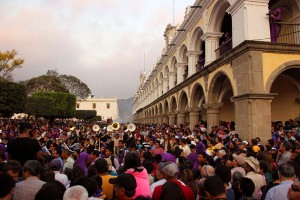 ding in the multitudes watching the “El Señor de la Caida.” (Just Google it) And after checking that my phone, camera and wallet were securely in place at least four times, and after a wave of pushing. I knew I had to get out of the crowd. I still had everything before the second wave of pushing, but somehow, somebody, probably a young person, reached their hand into my front pocket and grabbed my wallet.

They got away with some cash, an expired drivers license (nobody really checks the date here, or back home) and my bank card. Had it have been my phone, it would have been even more terrible, but it was simply my wallet. I mean, that’s bad enough, but I’d be dead without my phone. I use it for work, logistics, flights, hostels, everything under the sun. So thankfully, with my unstolen phone, I proceeded with the necessary arrangements to wire myself some cash and a new debit card to my hotel in Tegucigalpa, Honduras. (Thanks Bank of America!)

Someone said to me recently that statistically I’m less likely to be the victim of pick pocketing or theft, but since I’m viewing this as a tithe to the Catholic church, will I have to make a donation next Sunday?