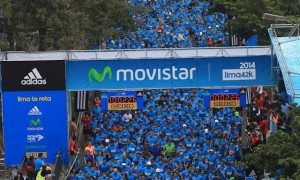 This past weekend I ran the Movistar (phone and cable company) 10K with 16,000 of my closest friends. I hadn’t been training all that much for the competition, but I had run a decent amount up until race day. My goal was to break 55 minutes and to not stop. A lot of times I have a habit of setting out to do a monumental amount of kilometers only to find that I can’t keep the pace and have to slow down and walk. I didn’t have to stop this time, I kept my pace, but one thing overwhelmingly slowed me down: traffic!

I crossed the start line at approximately 8:33, a good three minutes after the start time because I was stuck in a wave of people. So it took nearly four minutes for thousands of eager runners to cross, but as I quickly found out, they were all quite excited to start, but didn’t share the same exuberance for running. I had to abruptly slow down to not smack into the runners before me. There was no order to the race, no slower joggers on the right, and faster joggers on the left. It was all just a free for all in the streets, and therefore the race spilled out on both sides into the grace and onto the sidewalk. 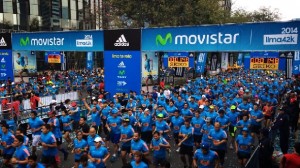 It became incredibly frustrating to find any sort of path through the madness as the lack of order intensified. Runners were confined to slowing down to the speed of the joggers in front of them or waste precious energy by zig-zagging through the masses. I wasn’t about to sprint through the mess like so many of my peers, because it all seemed fruitless; as far as my giraffe-like status allowed me, I could see that it would be this way for at least a kilometer.

There was no way to escape the slow pace. 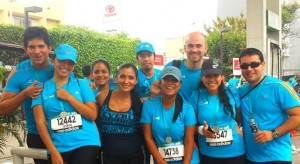 Eventually things subsided at around the 6 or 7 kilometer mark, and I was picking up speed, but what had happened was that I had already set my pace and was comfortable in it. I had spent roughly 70% of the race running at a pace that wasn’t my goal, and now it felt too difficult to change it. I had exhausted a lot of my energy, and was solely focused on finishing.

I finished, it was fun, and I had a blast with my girlfriend and her friends. Well worth the time involved.

Got me thinking about “pacing” in life. How easy it is to stay with the pack, or burn up your energy when you didn’t start out early, or just resign yourself to sticking with the masses. What did I learn? Train for it, build up your pace, and ensure that you start when you need to start to keep the pace that you intend to carry the entire race.