I’m reading one of the best books I’ve read in the past couple of years. What’s amazing to me is that it precisely and concisely encapsulates so many of the thoughts I’ve had over the past few years in Latin America, as well as the genesis of this career move over four years ago.

Cal Newport is the author of the book called “So Good They Can’t Ignore You: Why Skills Trump Passion in the Quest for Work You Love.“ The first part of the title is a reference from the actor/comedian Steve Martin who, when asked to dispense advice to up and coming artists in an interview with Charlie Rose in 2007, basically said that you’ve got to practice relentlessly and hone your craft so that it will be impossible to ignore what you’re doing. When you get so good, they can’t ignore you, you’ll just be oozing confidence and this will speak louder than any press release.

So Good They Can’t Ignore You

Newport claims that by building up “career capital” – the rare and valuable skills that employers are willing to pay for – you will eventually land a great job that you’ll be passionate about. This of course, flies in the face of convential wisdom which is “follow your passion and the job will come to you” which is actually pretty rare, and maybe it’s even misinformed. As he shows, some of our favorite geniuses, Steve Jobs, Mark Zuckerberg, Bill Gates, achieved the success they are now know for by being incredibly good at what they do, and arrived at their passion after years of hard work.

But if you follow the traditional route of “follow your passion,” you’ll fall prey to the great career mistake that countless 20-something pioneers make: build up enough courage to quit your day job to pursue your passion. What ends up happening is that the individual tries to bridge the gap of where they currently are and where they want to be with enthusiasm and passion, and worry about producing income later. As we all know, the rule of the working world is that people will only pay for something if you’re good at it, and if you’ve got no income, your career dreams can quickly dissipate.

I know there are tons of travel blogs and people hawking advice on how to quit your job and travel, but the reality is that a traveling lifestyle is only sustainable up until the point that your savings run out. To make money off of a blog or web site, you’ve got to be able to sell some 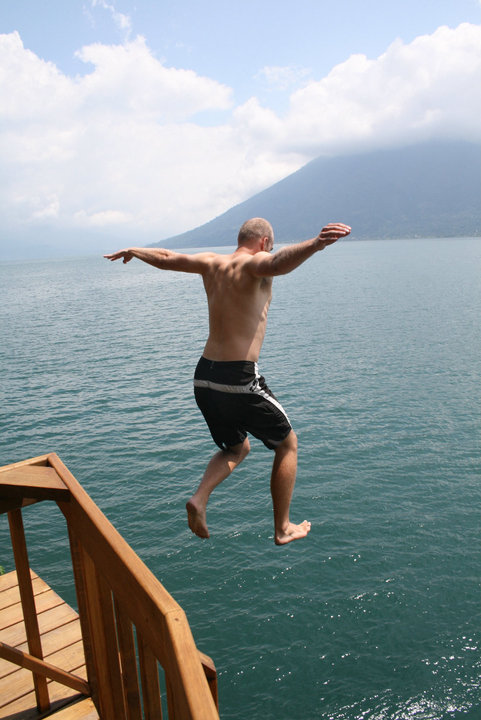 product or service people are willing to buy. But what ends up happening is that these bloggers, and they are legion, have a wonderful journey (a journey to write home about, that much is true, and a worthy goal in itself), but they do not have much to sell other than the travel photos they’ve taken and the unusual stories they’ve collected.

In some ways, I feel like I could have made that mistake. I had so much excitement about jumping into a new lifestyle, one where I would be able to impact people living in economic poverty and providing them with hope and microloans, but interestingly enough, I didn’t have a lot to offer in the beginning, not even a modicum of Spanish ability. What saved me, I suppose, is that a great organization, HOPE International believed in me and put into a place where I could be useful and grow professionally. Even though I had five years of work experience, that career platform doesn’t necessarily translate to effective overseas Microfinance operational success.

What I’ve learned, has been four years in the process. What I’ve seen now, as the current program manager of the Edify program in Peru, is that there are a multitude of skills that an organization like Edify or HOPE International are looking for, and the only way you get to have a position where an organization pays you to be there is to make yourself great at these skills. So while many people have the desire to serve, to learn a language, to help, the real, impact-making jobs can only be staffed by people with specific abilities, and are good at what they do. This is kind of career decision I chose, and this set of specific skills is one that I continue to improve.